7 Crypto Chart Patterns to Level Up Your Crypto Trading 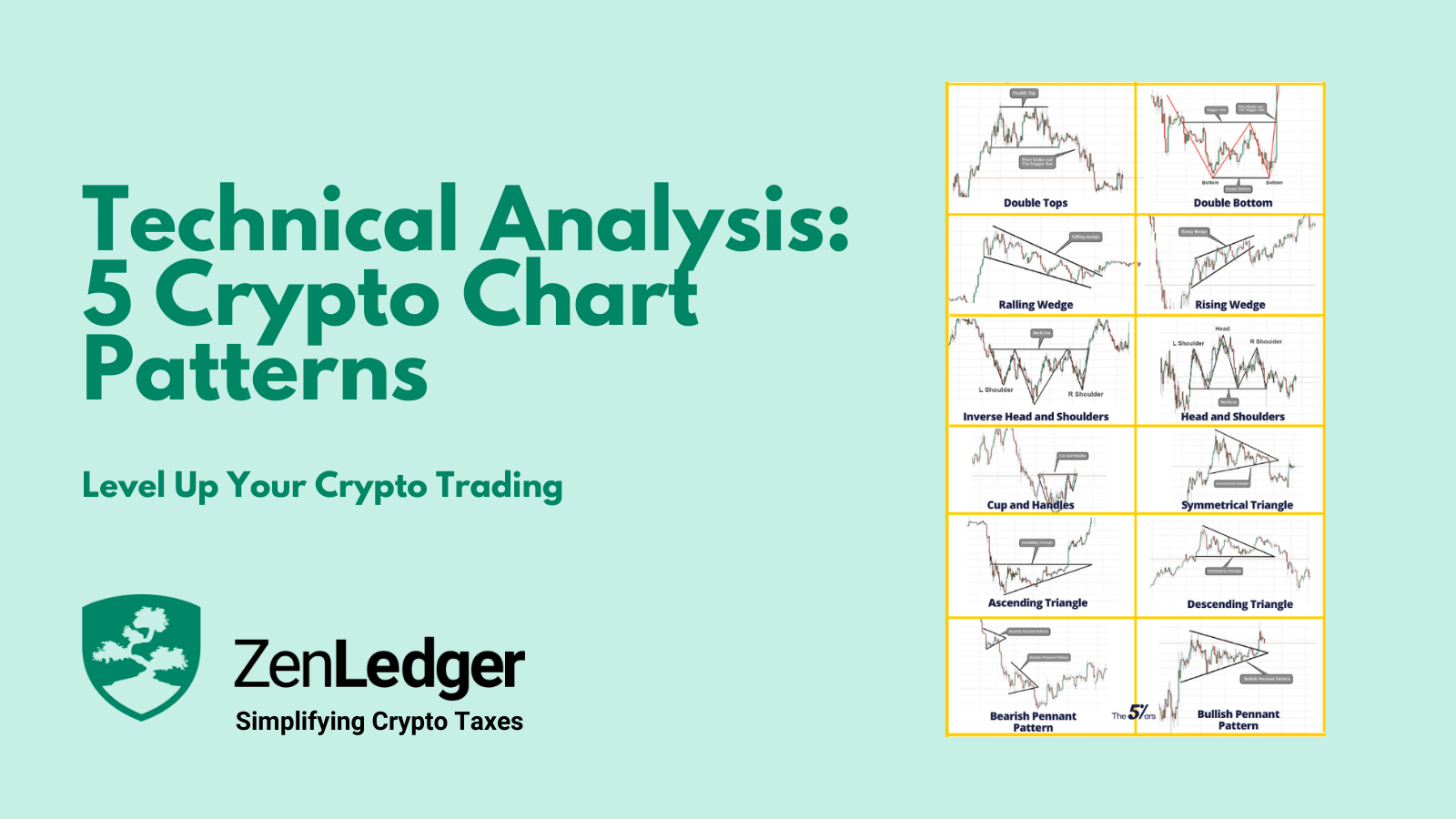 Let's take a look at the five most popular chart patterns, how you can use them and best practices to keep in mind.

What Are Chart Patterns?

Chart patterns are simply patterns in prices that appear on a chart. While these price movements may appear random at first glance, traders look for a series of patterns to assess market sentiment. These insights are combined with other forms of technical analysis, such as technical indicators or candlestick patterns, to make trading decisions.

At the core, most chart patterns are built using trend lines that connect a series of highs or lows. Trend lines are significant because the price tends to react to them as psychological barriers — especially if the price has reacted to them many times in the past or if there’s a lot of volume when the price approaches the trend lines.

Price channels are built by creating two ascending, descending or horizontal parallel lines that connect a series of highs and lows. These are areas of support (lower) and resistance (higher) and prices tend to bounce between them. Most traders buy toward the bottom and sell toward the top, while breakouts or breakdowns can be significant moves.

In the example above, there’s a descending price channel that the price remains in over the course of two months — except for a false breakdown in late-May. Traders would have bought low and sold high throughout this period to realize small gains or maintained a bearish position until the breakout from the pattern in mid-July.

In the example above, there’s a bearish head and shoulders pattern that predicts the subsequent sharp decline. Traders would have entered into a short position after the price broke down from the shoulder line (the horizontal trend line) with a price target equal to the distance between the shoulder line and head.

When markets bounces off the same resistance (top) or support (bottom) level two or three times in a row, this is known as a triple or double top and bottom chart pattern.

A bullish indication is regarded a double bottom, while a bearish signal is considered a double top. Both the triple and double patterns are reversal settings, indicating that prices are poised to change direction.

In the example above, there’s a bearish double top pattern that predicts a decline. Traders would have entered into a bearish position after the price broke down from the prior reaction low in early-July. In this case, it’s worth noting that the bearish volume was light compared to the high bullish volume, suggesting that it was a weak pattern.

In the example above, there’s a bearish rising wedge pattern that predicts a short-term decline in price amid the longer-term uptrend. Traders would have entered a short position following the breakdown from the lower trend line and realized a modest profit before the uptrend resumed over the following days.

The channel down and channel up crypto trading patterns are diagonal parallel lines of exchange range. It develops when parallel support and resistance lines are crossed by an uptrend or decline. It implies either a potential trend reversal or a change in the present trend's slope.

First, using emerging patterns, traders can start trading when the price swings inside the trendlines of their channel if they think the price is likely to stay there. Initiate a trade when the price crosses the channel's trendlines, either on the upper or lower side, with complete patterns (i.e., a breakout). When this occurs, the price may surge in the breakout's direction.

These crypto patterns are expressed by small rectangular trading ranges within diagonal parallel lines for shorter periods of time. It moves against the dominant price trend over a longer time period. It often develops after a rapid gain or collapse and frequently denotes a slight change in trend (or areas of consolidation) prior to the return of the prior trend.

Bullish flags and bearish flags are both examples of flag patterns because it creates a backdrop for entering an established trend that is prepared to continue, the flag pattern is one of the most trustworthy continuity patterns used by traders.

Best Practices to Keep in Mind

Cryptocurrency chart patterns are helpful for assessing market psychology, but they are more subjective than technical indicators. In other words, there is no standard definition of “how parallel the shoulders need to be on a head and shoulders pattern” or “when the price might breakout from an ascending triangle.” It’s up to each individual trader to define their own shapes.

Blockchain technology and cryptocurrencies are related, but they are not the same thing. Here are the primary differences between the two.

Chart patterns provide traders with insights into market psychology, but they shouldn't be the only tool in a trader's tool belt. It's important to understand technical indicators and other market dynamics to achieve the best results. If you're an active crypto trader, it's equally important to ensure that your taxes are accurate.

‍ZenLedger automatically aggregates your crypto transactions across wallets and exchanges and computes your capital gain or loss. You can even pre-populate IRS forms or identify tax loss harvesting opportunities.

ZenLedger can help you easily calculate your crypto taxes, and also find opportunities for you to save money and trade smarter. Get started for free now or learn more about our tax professional prepared plans!

1. Do chart patterns work for crypto?

Chart patterns provide traders with insights into market psychology, but they shouldn't be the only tool in a trader's tool belt. It's important to understand technical indicators and other market dynamics to achieve the best results you possibly can. But, if you're an active crypto trader, it's equally important to ensure that your taxes are accurate.

2. How do you trade in double top and bottom chart patterns?

3. What is a Head and Shoulders chart pattern?

The Head and Shoulders is a slightly more advanced chart pattern that's characterized by a temporary high or low, followed by an even bigger move higher or lower, followed by a third move higher or lower that's equal to the first move. The pattern resembles a head with two shoulders that are either right-side-up (bearish) or upside down (bullish).

4. What is the cup and handle pattern of trading?

As the name suggests, the cup and handle pattern of the crypto chart pattern is in the shape of a "u" shaped cup and the handle has a downward trend.