EOS The Ethereum killer: Are Ethereum Killers Making a Comeback? 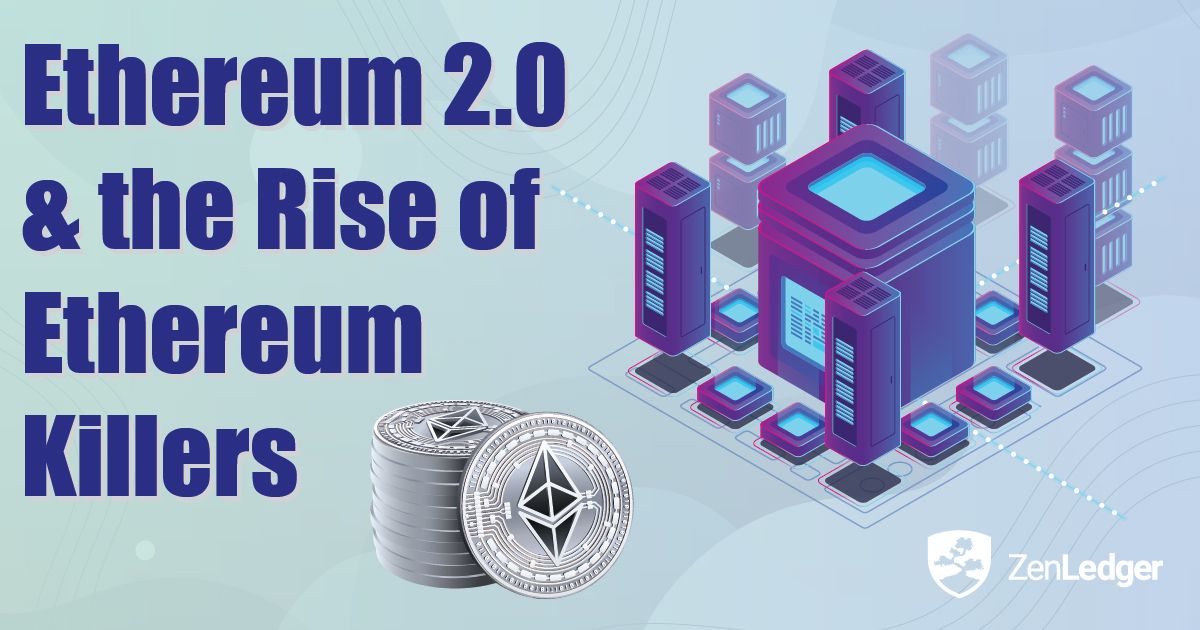 Ethereum may be the second most popularcryptocurrency by market cap, but scaling challenges have opened the door tocompetition in the smart contract space. While it enjoys a critical mass ofdevelopers, users, and projects, high gas fees and transaction times have ledseveral projects to expand onto other smart contract platforms in recentmonths.

Let’s take a look at EOS the Ethereum killer and other so-called Ethereumkillers and if their recent performance is indicative of longer-term changes tothe smart contract ecosystem.

Ethereum Killer EOS: What is EOS?

EOS is a blockchain platform designed for thedevelopment of decentralized applications (dApps). It was created by a companycalled Block.one, and the EOS platform went live in June 2018.

EOS is designed to be a decentralizedoperating system that can support large-scale, commercial-grade dApps. Itutilizes a delegated proof-of-stake (DPoS) consensus mechanism, which allowsfor high scalability and low transaction fees. EOS also includes severalfeatures that are intended to make it easier for developers to build and deploydApps, including support for smart contracts and a web-based interface forinteracting with the blockchain.

EOShas sometimes been referred to as an "Ethereumkiller" because it is a direct competitor to Ethereum, which iscurrently the most popular platform for building dApps. However, EOS andEthereum are different in many ways and are designed to meet different needs.Some people believe that EOS has the potential to surpass Ethereum as thedominant platform for building dApps, while others believe that Ethereum willremain the dominant player in this space. Ultimately, the success of EOS as aplatform will depend on the strength of its technology and its ability toattract developers and users.

Ethereum has become a tremendously popularsmart contract blockchain platform, but the growth hasn’t come without its fairshare of growing pains. As decentralized finance (DeFi) and other applicationsgrow in popularity, the platform has seen a tremendous increase in transactionsover the past couple of years which has led to widespread scalability issues.

●    Clogged Networks: Ethereum has a limit to the number oftransactions that it can process per second, which has created an obviousbottleneck.

●    Disk Space: Running a node is becoming harderbecause the required disk space needed to run a client is growing at a veryfast pace.

Ethereum launched the Ethereum 2.0Beacon Chain on December 1, 2020, with updated consensus nodes, validationmethods, and governance structures known as proof-of-stake. While it stillneeds to break the blockchain into shards and adopt Rollups, Ethereum 2.0promises to eliminate many of the growing pains experienced by the originalversion.

While Ethereum 2.0 is expected to boostnetwork speeds from around 15 transactions per second to 100,000 transactionsper second, some experts are still concerned that communication between shardscould pose an even greater challenge to scalability than the transactionbottleneck that the new paradigm was designed to solve.

Smart contracts are a revolutionary layer ofblockchain technology that enables its users to interact and performtransactions with each other through a robotic intermediary. While EOS the Ethereum killer is considered a majorpotential Ethereum killer, there hasbeen no shortage of smart contract platforms that have sprung up to fill thevoid while Ethereum works toward launching Ethereum 2.0. In many cases, theseplatforms have sidestepped scalability concerns by leveraging more modernarchitecture concepts or targeted niche subsets of the market where they couldoffer an advantage.

Someof the popular Ethereum killers include:

●    Polkadot wasco-founded by Gavin Wood, a co-founder of Ethereum. At its core, the platformuses so-called parachains that run at a higher throughput than Ethereum’sblockchains using sophisticated parallel processing features.

●    Cardano uses a proof of stake consensusalgorithm, called Oroboros, which makes the network a lot more scalable thanEthereum. As a commercial project, the company’s programmers and researchersare also paid and work as a unified single team.

●    Solana was founded by a team of engineers frombig tech companies and is capable of processing 50,000 transactions per second.With architectural advantages, it can also process 10,000 times as much asEthereum and at a much lower cost.

●    Avalanche launched in September 2020 with theclaim that it could process 4,500 transactions per second, but unlike otherEthereum-killers, it’s been pitched as a way to complement and connect withEthereum rather than replace it.

●    Stellar is anopen network designed specifically for storing and moving money. While Ethereumworks best for programming smart contracts, Stellar is ideal for facilitatingthe transfer of funds within a blockchain ecosystem.

●    TRON TRON is a blockchain platform that is focused on theentertainment industry, and it is designed to enable the creation anddistribution of digital content. TRON uses a delegated proof-of-stake (DPoS)consensus mechanism and is known for its high scalability and fast transactionspeeds.

●     NEO NEO is a blockchain platform that is focused on thedevelopment of smart contracts and dApps. It uses a delegated Byzantine faulttolerance (dBFT) consensus mechanism and is known for its fast transactionspeeds and support for multiple programming languages.

Many of these platforms have already seentremendous growth since their launch. For instance, Polkadot has a marketcapitalization of $34.5 billion with more than 50 projects in its ecosystem,including Kusama and Ontology. Cardano has similarly grown to a $37.8 billionmarket capitalization with a significant jump in recent interest.

Is ItA Good Idea To Invest In Ethereum Killers?

The Ethereum killers gained a lot ofpopularity over the past few months, surpassing Tether, XRP, Litecoin, andother top cryptocurrencies in market capitalization. When Bitcoin and Ethereumprices dove in February, many Ethereum killers saw a significant rise in valueas investors turned to them as an alternative in the crypto space.

Crypto traders and investors should also keepin mind that the IRS continues to crack down on those that aren’t claimingcrypto gains on their taxes. With a new question on Form 1040 and the hiring ofblockchain audit specialists, it has never been more important to ensure thatyou’re properly recording transactions and paying the right amount of taxes.

ZenLedger makes it easy to automatically import cryptotransactions across wallets and exchanges, compute capital gains or losses, andpre-fill popular IRS forms. You don’t have to worry about miscalculations orpaying an accountant to comb through records by hand—and you can identify waysto save with tax-loss harvesting and other features.

The so-called Ethereum killers including EOSthe Ethereum killer amongst others havebecome increasingly popular over the past few months. As Ethereum struggleswith scalability issues ahead of its migration to Ethereum 2.0, these projectsaim to provide better performance to fit themselves into pockets of the marketwhere they may offer an advantage over Ethereum smart contracts.

Investors may want to consider these Ethereumkillers as potential ways to diversify their portfolio away from simple Bitcoinand Ethereum, although it’s important to keep in mind that many of the samerisks apply to these cryptocurrencies and any others. You should ensure thatyou’re taking the right steps to diversify risk, as well as plan to pay taxes.

1. What is the Ethereum killer?

The term "Ethereum killer" is often used to refer to blockchain platforms that are seen as potential competitors to Ethereum, which is currently the most popular platform for building decentralized applications (dApps). These platforms are referred to as "Ethereum killers" because they are believed to have the potential to surpass Ethereum as the dominant platform in this space.

2. Is the Polkadot Ethereum killer?

Polkadot is a next-generation blockchain platform that is designed to be scalable, secure, and flexible. It has sometimes been referred to as an "Ethereum killer" due to its ability to compete with Ethereum as a platform for building decentralized applications (dApps). However, it is important to note that Polkadot and Ethereum are different platforms with different strengths and weaknesses, and they are designed to meet different needs.

3. Is EOS the Ethereum killer?

EOS is sometimes called the Ethereum killer since it targets the major flaws of the Ethereum ecosystem that keep Ethereum from being the #1 cryptocurrency like scalability, usability, and functionality with its highly developed technology. However, it remains controversial due to its more centralized model than ETH.

4. Is Cardano Ethereum a killer?

Cardona indeed has been often referred to as a promising potential Ethereum killer owing to its capability to offer the best of Bitcoin and Ethereum owing to its compelling integrated applications.

Read also - How to Make Money with Cryptocurrency