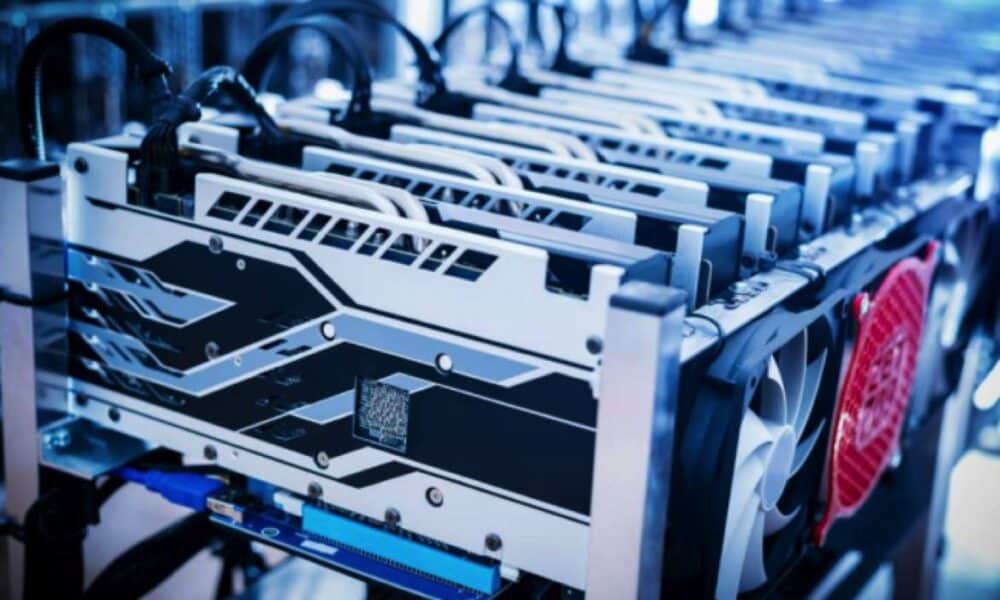 Regardless of your direct experience in the crypto world, most of us have at least considered trading and investing in Bitcoin. What still remains new and rather unexplored though, is Bitcoin mining and what needs to be done to get started with it.

Bitcoin mining can be a hobby or a profession. But in order to get started, one must have a full understanding of the requirements and criteria of Bitcoin mining.

What Is Bitcoin Mining?

Bitcoin mining is the process of verifying transactions by solving complex mathematical puzzles. The process is crucial for the addition of new coins and maintenance of the entire public ledger of Bitcoin, known as the blockchain. It is also used to control the problem of double-spending. Bitcoin miners receive rewards for discovering solutions to complex hash problems.

Even though mining is a complicated process, it is greatly profitable. All you need is the right set of software and hardware settings to get started.

How To Choose The Best Bitcoin Mining Hardware?

Since its inception in 2009, there has been a drastic evolution in the way Bitcoin is mined. Initially, moderately powered CPUs could be used to mine Bitcoin from the comfort of your home. But as the Bitcoin network expanded, the process became more complicated, and miners had to move to powerful GPUs to keep up with the increasing demand. GPU had a drawback though—there was a constant need for a cooling system to prevent the device from being damaged from overheating.

At present, an application-specific integrated circuit (ASIC) was created to compensate for the demand for high hashing power. The ASIC provides a high hash rate, which allows miners to mine faster and use much less electricity.

ASIC hardware is now a go-to for every miner and here's what you should look for when setting up your ASIC for Bitcoin mining:

The power required to generate a single bitcoin (BTC) is known as efficiency. The more efficient the bitcoin mining hardware is the less electricity it'll consume.

The higher the efficiency, the lower the power consumption of the hardware.

The rate at which Bitcoin mining hardware can solve a complex mathematical puzzle is known as the hash rate. For instance, a PC can make close to a million guesses per second, and on the other hand, ASICs can make up to 1*10^12 guesses per second.

The hardware that has a higher hash rate, means the miners can solve the next block in the blockchain faster. As a result, this type of hardware is more expensive than hardware with a lower hash rate.

The price of Bitcoin mining machines depends on their efficiency, power consumption, and longevity. Cheap hardware will deliver less Bitcoin because of low efficiency and low profitability. So, the faster the mining machine, the higher the price tag it'll have.

All three factors are responsible for determining the profitability of ASIC mining hardware, so it is recommended to buy mining hardware by checking its hash rate, power consumption as well as price.

The Bitmain Antminer is an outstanding entry-level choice for miners as it has a combination of high efficiency and low power requirement. When compared to the latest ASIC models, Antminer S7 and S9, it might seem a little outdated, but its efficiency makes it a top choice among hobby Bitcoin miners and beginner's level mining operations.

Another model from the Bitmain AntMiner series is the S7 model. Even though it is not among the latest ASIC models, it has much lower power consumption in comparison to S5. When used with a robust power supply, it delivers reasonable profits.

Although the one drawback is that the unit is dependent on ambient temperature. The AntMiner S7 is sensitive to temperatures warmer than 80°F and is suited for cooler climates.

With custom-made heat sinks, high-grade aluminum alloy, high-speed fans, a user-friendly interface, and a high hashing rate, the Bitmain AntMiner S9 is an excellent choice for professional miners. The auto-cooling system of the Bitmain S9 gets rid of hot air and replaces it automatically. It also allows miners to adjust mining settings and update the firmware when required.

Keeping its specifications in mind, it can easily be the best alternative to DraginMint T1, one of the best mining hardware in the market. The AntMiner S9 costs about $2,700 to $3,000, with its power supply unit being sold separately.

With 110 TH/s of hashing power, the Bitmain AntMiner S19 Pro is a mining beast. It has a power supply of 3250W of power, ± 5%, and average power consumption of 81.4 dB when in operation. Like the AntMiner S7, the S19 Pro is also temperature sensitive and is most productive between 5° to 40°C.

Dash, a cryptocurrency originally intended to be ASIC resistant, is most efficiently mined using the Bitmain AntMiner D3. This mining hardware has many added advantages over other mining devices. The Bitmain Antminer D3 has a hash rate of 19.3 GH/s and has an average power consumption of 1350W.

One of the best mining hardware for Scrypt is the Bitmain L3+ that is designed around the Scrypt algorithm. The recent upgrade of the L3+ chipset to BM1485 has significantly improved the hash rate and the power draw of this mining hardware. Even with the enhanced system functionality, the cost-effectiveness of the L3+ makes it stand out among its tough competitors like Innosilicon LTCMaster.

If you're a home miner or a hobby miner, the Avalon6 is an impressive and functional choice for you. The low noise and inexpensive power draw make it a good choice for home mining. Even though it has a lower hash rate, the low sound profile (55dB) is a great added bonus for the Avalon6 and is equipped with 80 18nm chips of A3218. The mining equipment also comes with frequency control that is especially used to regulate the frequency from the standard 500MHz.

The AvalonMiner A1166 Pro is one of the best in the AvalonMiner series, owing to its hash rate power and power consumption. Even though it's very expensive, the price is a steal for its power efficiency. The hardware delivers an 81TH/s hash rate and draws about 3.4kW of power.

With a wider temperature range, AvalonMiner 1246 is a heavy-duty mining device. Its design comprises four integrated fans that generate about 75dB noise during operation. So it's recommended to have a separate mining setup with soundproofing doors. Unlike other temperature-sensitive hardware, the AvalonMiner has a much wider range -5° and 35°C. It also has high efficiency of 38J/TH.

If there's one mining machine that is undoubtedly ruling the Bitcoin mining scenario, it's the Dragonmint T1. With the best chip design DM8575, the Dragonmint T1 is the first ASIC to reach a hash rate of 16 TH/s.

The efficiency of the ASIC technology gives a push of 20% in its mining operation.

WhatMiner M30S++ offers the highest rate of power that is available in the market. In addition, this Bitcoin mining hardware also draws much less power, which makes it one of the most effective ASIC miners offering 31 J/TH. It is designed with the latest Samsung 8nm ASIC chipset.

If the price of Bitcoin stays at its current level, the WhatMiner M30S++ can give you an approximate return on your investment in about a year.

WhatsMiner M3X is a great option for professional Bitcoin miners. The machine offers very high power consumption and has a very loud sound profile. The device delivers 12 to 13 TH/s and consumes about 1900W to 2100 W of power. It is powered by the 28nm ASIC chipset that demands 180-240V voltage to operate.

Bitcoin is booming, and its popularity is only expected to grow over time. With this expanding ownership of Bitcoin, mining is also evolving and more companies are trying out mining hardware. From CPU to GPU, and now to ASIC, the steady evolution of mining hardware will only continue to add to Bitcoin’s profitability.

1. Which bitcoin miner is most profitable?

Taking cost and profitability into account, Antminer S19 Pro is the most profitable Bitcoin miner.

2. How much does an ASIC miner make?

On average a Bitcoin miner makes about $8 in Bitcoin on a daily basis.

The time taken to mine 1 Bitcoin cannot be determined. Mining takes place in blocks and it takes about 10 minutes to mine one block.
Get Started Now

Keeping up with the ever-volatile value of cryptocurrency is not easy, but we can help! Here’s a list of the best crypto portfolio trackers that simplify managing your assets like never before! 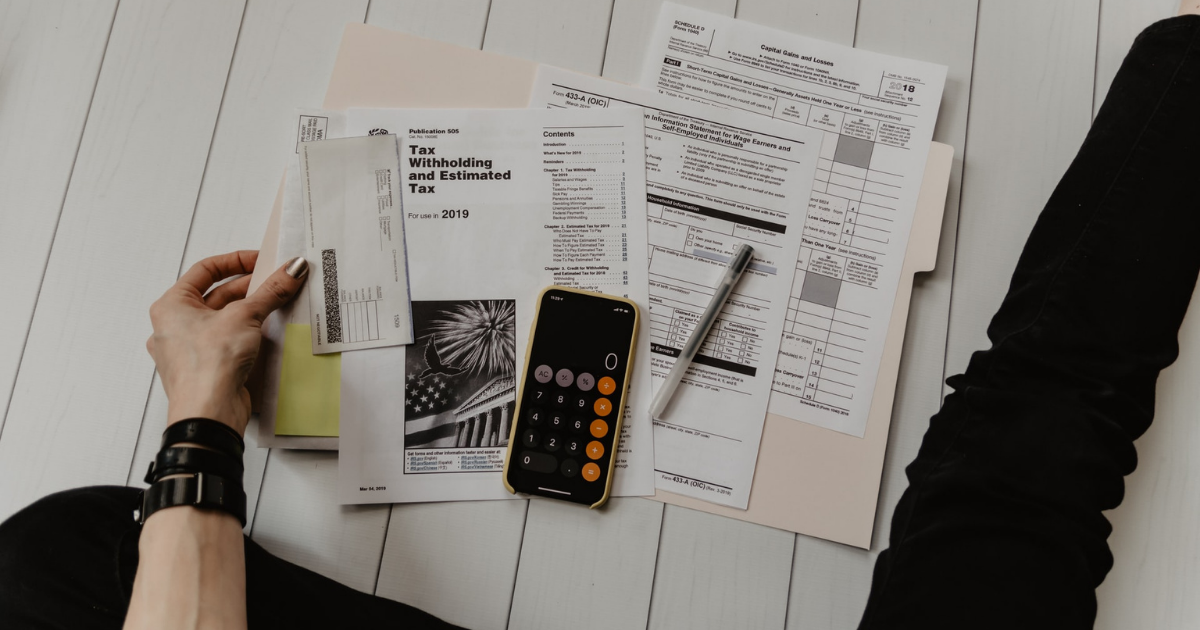 1031 Crypto Like-Kind Exchange: What You Need to Know

Learn all about 1031 Like-Kind Exchanges, why they matter in the crypto world, and what they mean for you.