Crypto Hard Fork vs. Soft Fork - The Differences that Matter 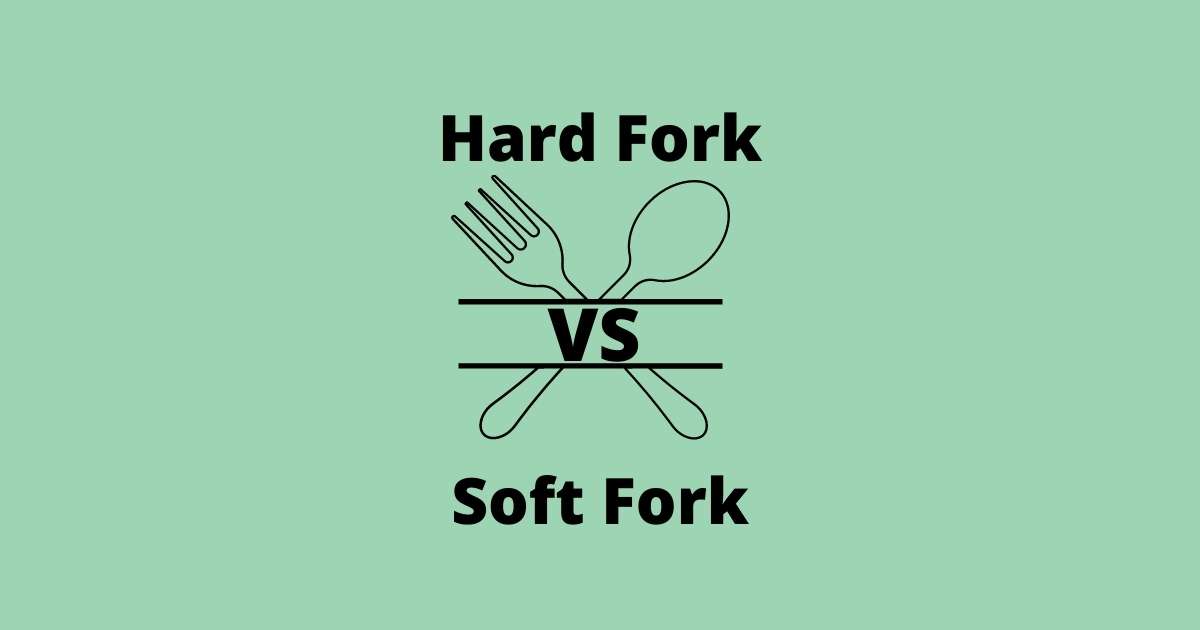 Cryptocurrencies are powered by decentralized, open-source software that anyone can contribute to. This software is called blockchain and they are literally made up of blocks of data. Imagine a very long train made up of all the transactions carried out on the blockchain and in which the first-ever transaction can still be traced back.

Since it is open source, the communities using them maintain and develop the underlying code. Sometimes, a community makes changes to the underlying code or basic set of rules. When this happens, the blockchain branches out, creating a second blockchain that shares the originality of the first blockchain. Such formation is known as a cryptocurrency fork. Now, there are two main types of crypto forks, hard forks, and soft forks. Let's get an in-depth look at their differences in this guide to hard and soft forks.

Essentially, a hard fork makes the older version of the blockchain protocol invalid. In case the older version keeps running, they will end up with a different protocol and data as compared to the newer version, which can lead to possible errors and confusion.

Let’s take the example of Bitcoin. With its hard fork (Bitcoin Cash), it would necessarily change the key parameters such as the mining difficulty algorithm, the block size, limits to additional information that can be added, and more. If any of these rules are changed, the new protocol will accept the blocks, but the older one would reject them. It could lead to some serious confusion and problems, even possible loss of funds.

Bitcoin Cash (BCH) was launched in 2017 and is a hard-forked version of Bitcoin. As hard forks should be, BCH is different from Bitcoin - here’s how:

Ethereum is a great example of correcting significant security risks. The Decentralized Autonomous Organization (DAO) launched on the Ethereum blockchain was hacked due to the vulnerabilities in its code base.

After the hack, it was unanimously decided by the Ethereum community that a hard fork is required to roll back the transactions that took tens of millions of dollars worth of digital assets. This decision did not exactly unwind the network’s transaction history, but it relocated the finds tied to the DAO with a newly created smart contract. The purpose behind this was to enable original owners to withdraw their funds.

After this, the DAO took the extra balance of tokens that were left after the hard fork and distributed them to its curators to provide “failsafe protection” to the organization.

Next, in our hard fork vs. soft fork comparison, we’ll take a look at the soft fork.

Basically, a soft fork is the opposite of a hard fork, where the new changes are backward-compatible with the older protocol.

In a crypto soft fork, the old-version miners would find out that their blocks are getting rejected and they would have to upgrade. As more and more miners upgrade, the orphan old version blocks would lead to more miners upgrading. This is a self-correcting process and because both old and upgraded nodes accept the new version blocks, the new version would eventually win. Lastly, soft forks don’t carry the risk of double-spending.

If we talk about a soft fork vs. hard fork, a soft fork definitely is a better option for a cryptocurrency because it does not carry the risk of losing funds and double-spending. This self-correcting way is ideal for cryptocurrencies, but in the end, it depends on the community that takes the decision.

1. What is the difference between hard fork and soft fork?

Essentially, a hard fork makes the older version of the blockchain protocol invalid. In case the older version keeps running, they will end up with a different protocol and data as compared to the newer version. It can lead to possible errors and confusion. On the other hand, a soft fork is the opposite of a hard fork, where the new changes are backward-compatible with the older protocol. Hard forks can be risky, and potentially messy, and they spark double-spending. Soft forks don’t carry the risk of double-spending.

2. What happens to my coins in a hard fork?

In a hard fork, the blockchain splits into two different chains. For instance, Bitcoin is split into Bitcoin (BTC) and Bitcoin Cash (BCH). In case of a hard fork, the Bitcoins you have will be perfectly safe. Even in the case of a soft fork, your tokens will be safe. When it comes to hard fork vs. soft fork, this is the similarity. However, even if it's convenient, you shouldn't store your crypto on an exchange for a long time.
Get Started NowSign up for newsletter