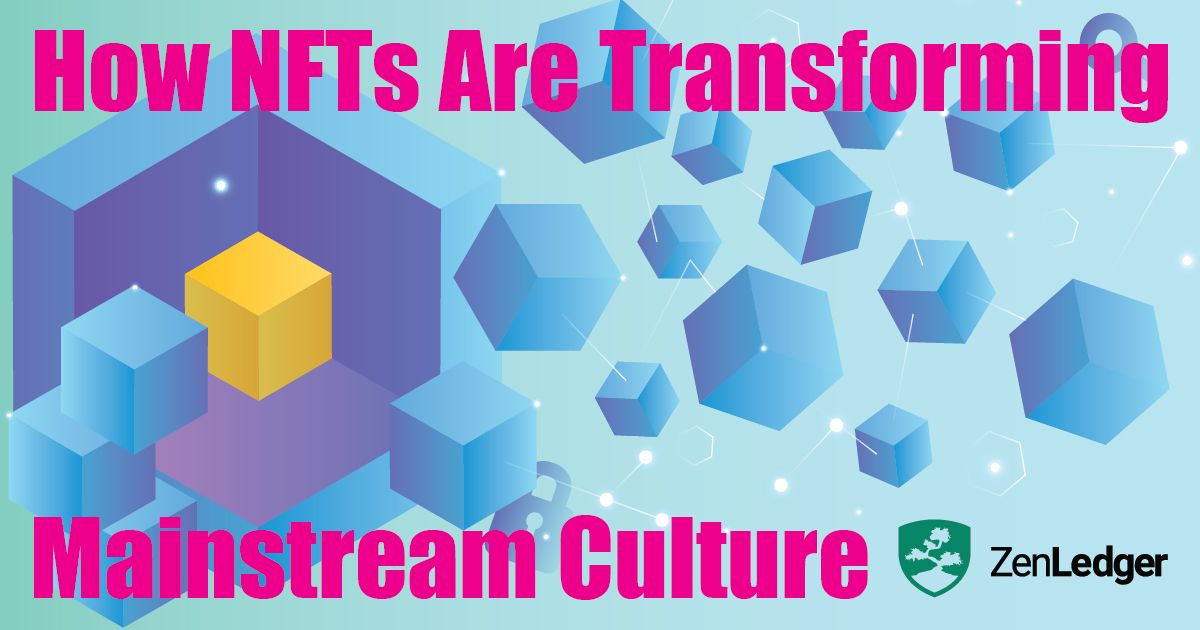 Bitcoin’s market capitalization surpassed $1 trillion in February with seemingly insatiable institutional and retail appetite. Meanwhile, stablecoins, non-fungible tokens (NFTs) and other altcoins have seen an explosion of interest. The rising popularity has drawn the attention of investors, traders, regulators and public companies aiming to cash in.

Let’s take a look at these amongst other recent crypto trends in the cryptocurrency world and how they could affect traders, investors, and consumers involved in the space.

#1: The Rise of Stablecoins

Tether is a stablecoin backed by currencies and cash equivalent reserves and pegged 1-to-1 to the U.S. dollar. While it doesn’t have the spectacular price movements of Bitcoin or Ethereum, its daily dollar volume often exceeds Bitcoin’s and more than half of all Bitcoin purchases are made with Tether, according to CryptoCompare.

Despite their name, stablecoins aren’t insured by deposit guarantees of conventional bank accounts and could be vulnerable to losses. The lack of a backstop has some investors concerned that any issues with Tether could result in a liquidity shock across the broader cryptocurrency market given its role in liquidity transformation.

These concerns are compounded by Tether’s controversial history. The New York Attorney General alleged that iFinex—parent of Tether and Bitfinex—used Tether reserves as a slush fund to mask a $850 million hole in Bitfinex’s finances. Tether still hasn’t released an audit of its reserves, which means that investors can’t verify the extent of its reserve assets.

A German mathematician allegedly cracked the widely-used RSA algorithm in a paper, ‘Fast Factoring Integers by SVP Algorithms’. In the paper, cryptographer Claus Schnorr claims that prime factorization can be reduced to a much less intractable ‘shortest vector’ problem. If verified, the technology could work even if longer key values were deployed.

While the paper has caused quite a commotion, there are many skeptics that are waiting for a new RSA challenge record to prove the claim. Several experts have also raised issues when trying to reproduce Schnorr’s theoretical work and convert the theory into code. The feasibility of the new approach could take years to prove out in practice.

In the meantime, other crypto experts are worried about quantum computing’s ability to break encryption. Quantum computing relies on qubits, or bits held in quantum superposition, and uses quantum principles to complete certain types of calculations, such as factoring prime numbers, at a much faster rate than conventional computers.

NFTs: one of the hottest crypto trends of the year! Digital artist Mike Winkelmann, known professionally as Beeple, recently sold a non-fungible token, or NFT, of his Everydays: The First 5000 Days image at auction by Christie’s for $69,346,250—the third most expensive auction sale ever by a living artist. Incredibly, the auction didn’t include any copyright or reproduction rights—just the digital NFT file.

NFTs are units of data stored on a blockchain, but unlike cryptocurrencies, they represent a unique digital item and aren’t interchangeable. The tokens first gained popularity with the CryptoKitties craze that led to several $100,000+ sales of the unique digital collectibles. Since then, they have expanded to art, music and even Jack Dorsey’s first tweet.

Despite the growing popularity, NFTs could face a number of growing pains. Many artists have found NFTs being made from their works without their permission whereas other scammers are offering to name stars after you with the purchase of an NFT. However, the utility of NFTs is hard to ignore since it helps cut out the middleman and maximizes artist compensation.

Bitcoin’s market capitalization surpassed $1 trillion amid a combination of institutional buying and retail trading activity. The most surprising developments came from Tesla Inc. (TSLA) and MicroStrategy (MSTR) that purchased Bitcoin for their treasuries, as well as moves by PayPal Holdings (PYPL) and Bank of New York Mellon (BK) to provide customer access.

At the same time, Coinbase’s valuation soared to nearly $70 billion ahead of its hotly anticipated initial public offering on the NASDAQ this year, which is up sharply from its $8 billion valuation in October 2018. The company reported a profit of $322 million last year with net revenue that doubled year over year to $1.1 billion.

Robinhood also announced plans to expand its cryptocurrency trading operations by hiring “a ton of people” and adding new coins to the platform. Current users can buy Bitcoin, Ethereum and a few other cryptocurrencies, but cannot transfer coins to and from their account. These newly-announced capabilities could unlock new possibilities for users of the popular app in the near future.

Decentralized finance, or DeFi, is becoming a popular way to generate yield in today’s yield-starved capital markets. With interest rates near their record lows, DeFi enables cryptocurrency traders and investors to lend one cryptocurrency in exchange for interest payments in another cryptocurrency or in cash.

Currently, the market has nearly $44 billion in capital deployed through Maker, Compound, Aave and other platforms. Rather than securing underwriting approval, signing paperwork and completing other legwork, DeFi enables anyone to borrow cryptocurrencies in a friction-free way that’s very fast and straightforward.

Of course, it’s important to keep in mind that DeFi doesn’t provide a guaranteed return. Investors must own cryptocurrencies to lend them and these cryptocurrencies are volatile and could lose value during the holding period. The strategy makes the most sense for long-term investors or HODLers that would otherwise own the cryptocurrencies.

Cryptocurrencies have become increasingly popular over the past year with the rise of Bitcoin, stablecoins, non-fungible tokens and even so-called meme tokens like Dogecoin. Regardless of the coins that traders and investors purchase, it’s important to keep detailed records and ensure that you’re paying your fair share of taxes to the IRS.

Don’t forget to see our Checklist of Crypto Focused Stocks for Investors to discover different ways to participate in the heightened interest in crypto.

Use the following checklist to identify stocks with crypto exposure for your conventional portfolios.

1. Are NFTs just a trend in the crypto market?

One of the latest crypto trends, NFT may be considered and rendered as only a 'trend' but be not mistaken, there's much more to it. These unique digital codes do rely on the same blockchain technology as cryptocurrencies like Ethereum, however, what makes them different and big is the fact that they are completely unique and establish ownership of digital assets.

2. What are stablecoins in cryptocurrency?

3. Is yield farming a crypto trend?

Yield farming, also referred to as liquidity mining, is a way to generate rewards with cryptocurrency holdings. Yield farming has indeed come up as one of the latest trends in the crypto world, attracting many new users to the world of DeFi.

ZenLedger makes it easy to aggregate crypto transactions across your wallets and exchanges, determine your capital gains or losses and auto-fill popular IRS forms. You can even integrate with TurboTax to automate the entire tax filing process. Try it out for free!