The 10 Most Important Types Of Cryptocurrency In 2022 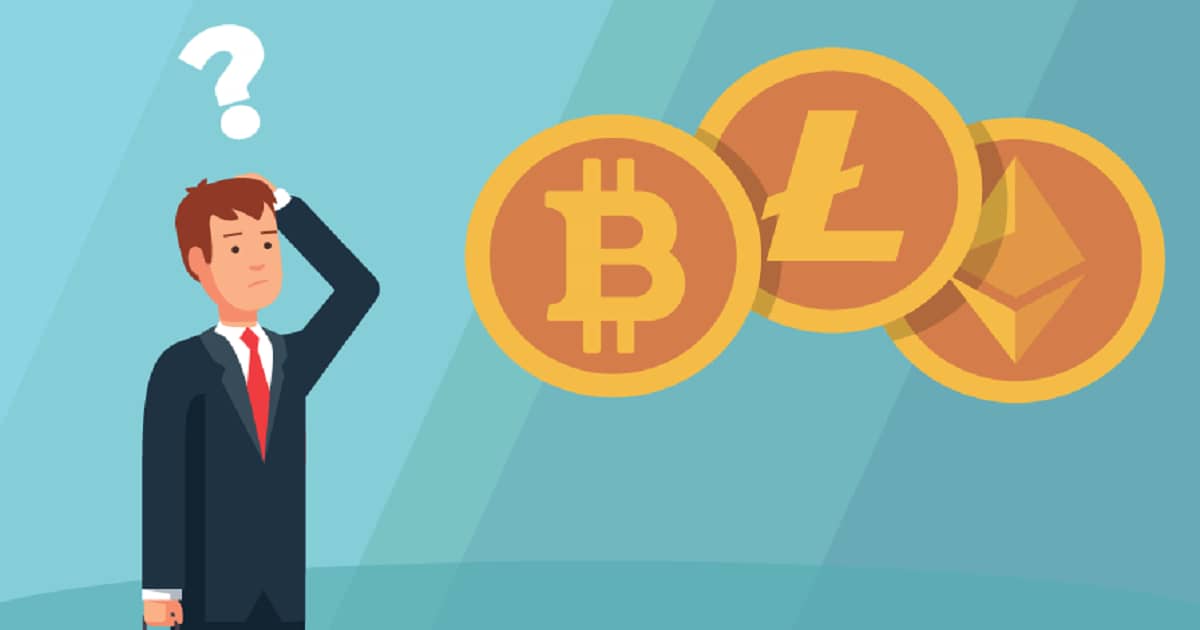 With the increasing popularity of decentralized finance and non-fungible tokens (NFTs), different types of cryptocurrencies have moved into the spotlight. According to reports by on-chain analysts, it has been stated that only 2% of the world is in crypto—which goes to show how relatively niche and small the crypto market still is.

Having said that, market capitalization is not necessarily a reflection of how many cryptocurrencies there are. In fact, there are thousands of them, depending on which crypto market data site you use. CoinMarketCap states 5,130, while data site Statista lists just over 4,500. Either way, if you look in the right place and have full knowledge of the different types of cryptocurrency, their pros, and cons, you might even spot the best cryptocurrency to buy.

In this article, we'll walk you through the positives and negatives of the top 10 types of cryptocurrency in 2022.

Brushing Up On The Basics: What Is Cryptocurrency?

How Many Types Of Cryptocurrency Are There?

There are more than 4,000 cryptocurrencies in existence as of January 2021, and choosing the best one to invest in can be a tedious task, especially if you're new to the crypto world.

Bitcoin is the first cryptocurrency created and everything else, other than Bitcoin, is collectively known as an "altcoin", which essentially means "alternative to Bitcoin." While it cannot be predicted which cryptos are the best ones, Bitcoin and some of the largest altcoins out there are top-tier options because of their scalability, privacy, and the scope of functionality they support.

Although there are many ways to earn with Bitcoin, the most popular cryptocurrency, let's learn about all of the different types of cryptocurrency that you can invest in.

Top 10 Different Types Of Cryptocurrency To Choose From In 2022

Bitcoin was the pioneer of a new, innovative alternative for money, which is known as a digital currency. It was initially released in 2009 and was founded by Satoshi Nakamoto. Bitcoin is based on a distributed ledger known as blockchain technology. About 18.5 million Bitcoin tokens are currently in circulation, against a present market cap limit of 21 million.

Created in 2015 by Vitalik Buterin Bloomberg, Ethereum is much more than just being a digital currency, making it, the second-best currency for people to invest in. It is a blockchain technology-based platform for developing decentralized apps and smart contracts. Smart contracts are the agreements coded on the blockchain that execute themselves when certain pre-set conditions are fulfilled. What sets Ethereum apart from the other types of cryptocurrency is that you can start building directly on the Ethereum network blockchain.

Founded in 2012, Ripple focuses on solving problems related to just one industry — International Payment Transfers. It aims to make international transactions both fast and cheap. It is more well-known for its digital payment protocol than for its XRP crypto.

Charlie Lee, a former Google employee, created Litecoin in 2011 to improve on the existing Bitcoin technology- shorter transaction time, lower fees, and more concentrated miners. Similar to Bitcoin, Litecoin is just a digital currency that doesn't provide a platform for smart contracts. Litecoin has stood the test of time for its efficiency and is now among the most popular types of cryptocurrency.

Bitcoin Cash, introduced in 2017 has one main difference from the original Bitcoin, and that is its block size: 8MB. Bitcoin has a block size of 1 MB, which means that Bitcoin Cash offers faster processing speeds

Cardano, co-founded by Charles Hoskinson, is an “Ouroboros stake-of-proof” cryptocurrency which was created with a research-based approach by mathematicians, engineers and cryptography experts. Due to the rigorous process of extensive experimentation, peer-reviewed research, and writing 90 papers on blockchain technology, Cardano seems to stand out among its proof-of-stake peers as well as other large cryptocurrencies.

Stellar is an open blockchain network that is focused on money transfers. Its network is designed to make money transfers faster and more efficient, even across national borders. Time-consuming transactions between banks and investment firms can now be done almost instantly with no mediators and low transaction fees.

NEO, formerly called Antshares and developed in China, is aggressively looking to become a major global crypto player. Its focus is smart contracts (digital contracts) that allow users to create and execute agreements without the use of an intermediary. The main feature that investors find appealing is the similarities between Ethereum and NEO.

IOTA, or Internet of Things Application, doesn’t actually work with a block and chain; it works with smart devices on the Internet of Things (IoT).  This enables the communication between various objects with sensors, via the internet. IOTA focuses on making this technology more secure, seamless, and scalable. Its protocol is known as Tangle.

EOS, created by Dan Larimer, is building a platform for developers to build decentralized applications and smart contracts, but with a vast improvement in technology.

Well, now you have an answer to how many types of cryptocurrency there are, and how all of them have something unique to contribute to the broader crypto ecosystem.

These coins are included in a top-10 cryptocurrency list because of their technology, transaction speed and fees, and scalability. Doing your own research about each of these coins is important to understand how the crypto world functions.

1. What are the top 10 Cryptocurrencies?

The top 10 types of cryptocurrency are:

2. What are the 3 most popular Cryptocurrencies?

The 3 most popular types of cryptocurrency are:

3. Which Cryptocurrency is used the most?

Bitcoin was the pioneer of a new, innovative alternative for money, which is a digital currency. About 18.5 million Bitcoin tokens are currently in circulation, with a present market cap limit of 21 million.

4. What is the number 1 or the best Cryptocurrency at present?

Bitcoin is the number 1 and the original cryptocurrency that has remained the leader of the space. The market capitalization of the world's top digital currency is more than $125 billion, with a price per coin of more than $38,000 USD as of 2022.

5. How many types of cryptocurrency are there?

Market capitalization is not necessarily a reflection of how many cryptocurrencies there are. There are a thousand types of cryptocurrency, depending on which crypto market data site you use. CoinMarketCap states 5,130, while data site Statista lists just over 4,500.