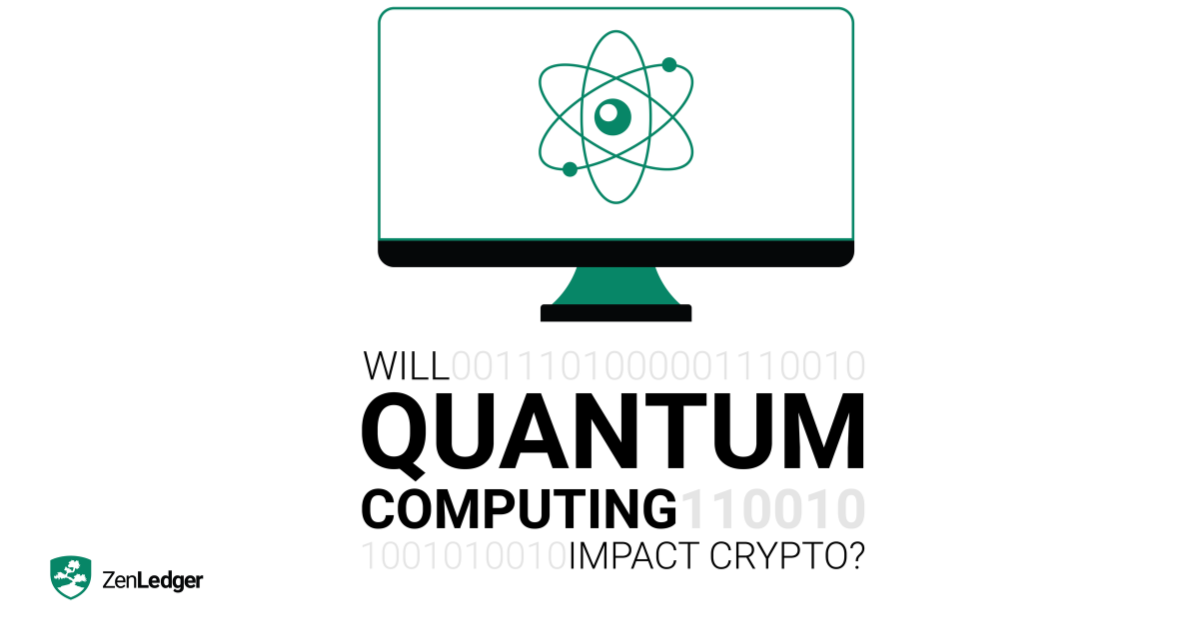 Web3 promises to transform the Internet by introducing decentralization and token economics concepts. However, these technologies rely on cryptography algorithms that may be vulnerable to quantum computing breakthroughs. Without the ability to secure blockchains, many of the technologies underlying Web3 could be at risk.

Let's look at how quantum computing works, how it could disrupt the blockchain, and potential solutions to mitigate these risks.

What is Quantum Computing?

Quantum computing leverages the laws of quantum mechanics to solve problems too complex for classical computers. These computers harness quantum superposition, interference, and entanglement to solve computational problems like integer factorization much faster than classical computers limited to microcircuitry.

At their core, these computers manipulate data stored on qubits – or charged atoms that achieve a state of quantum superposition between two states. The computers then collapse these atoms into one state when making calculations and apply algorithms to make them more likely to fall on the "correct" side and make an accurate calculation.

While the technology sounds like a far-off dream, Isaac Chuang, Neil Gershenfeld, and Mark Kubinec built the first two-qubit quantum computer capable of performing calculations in 1998 – and quantum algorithms are much older. In 2019, Google and NASA completed the first quantum computation that was infeasible on any classic computer.

Despite these breakthroughs, quantum computers remain elusive for a few reasons. For instance, they require helium-3, a nuclear research byproduct, and special superconducting cables made by a single Japanese company. In addition, technical challenges must be overcome, such as initializing qubits to arbitrary values and quickly reading them.

How Could It Disrupt the Blockchain?

Blockchain technology relies on cryptography to prevent attackers from adding or modifying blocks. For example, Bitcoin leverages the SHA-256 algorithm designed by the NSA. Breaking these algorithms is virtually impossible using classical computers – or, more accurately, it would take thousands of years to accomplish even on the latest hardware.

The bad news is that researchers at the University of Sussex estimated that a quantum computer with 1.9 billion qubits could crack the encryption safeguarding Bitcoin within just ten minutes. A quantum computer with 13 million qubits could finish the job in about a day. And recent scientific advances suggest that these capabilities are inevitable.

The good news is that the most cutting-edge quantum computers will only contain about 1,000 qubits in 2023. While predicting the speed of innovation is a fool's errand, most researchers believe that the underlying cryptography blockchains won't be at risk for another ten to 20 years due to the challenges of scaling up quantum computers.

Of course, these problems aren't unique to cryptocurrencies. Many conventional security protocols rely on the same cryptography that underlies blockchain technologies. These include core website security or encryption SSL technologies that protect database records. As a result, many people will be working on potential solutions.

Potential Solutions on the Horizon

Most encryption algorithms are one-way streets: It's effortless to read a hash with a private key but virtually impossible to attack with brute force. As a result, the most common defense against better computing capabilities is simply making the hash longer, increasing the number of permutations and the difficulty of cracking it.

Of course, quantum computers could become powerful enough to solve all equations regardless of hash sizes. So, cryptographers are already working on alternative solutions, including lattice-based solutions that add mathematical noise to confuse computers. Other researchers are also exploring multivariate, hash-based, and code-based cryptography.

But, of course, switching to a new encryption system involves its own set of risks. For example, cryptocurrency users may need to upgrade their private keys to avoid quantum vulnerabilities, which involves behavioral challenges like forcing users to upgrade their operating systems. As a result, many blockchains are trying to keep well ahead of the curve.

Web3 aims to introduce decentralization, using blockchain technologies and token economics, disrupting the walled gardens of Web 2.0, built by Google, Facebook, and other tech giants. Of course, these capabilities rely on cryptography, which could be at risk with the development of quantum computing technologies.

Fortunately, several projects core to Web3 are already working on solutions. For instance, Ethereum researchers detailed quantum-resistant concepts in Ethereum 3.0 – the next iteration after Ethereum 2.0 launches. Meanwhile, the Hyperledger Foundation has begun working on post-quantum cryptography through its Ursa efforts.

Governance structures could pose some of the biggest challenges to quantum security. After all, most decentralized projects require a consensus among the majority of stakeholders to implement changes. And while an agreement doesn't appear likely, many of these projects experience competing forks featuring different approaches.

Quantum computers could unlock new capabilities over the coming years, including the ability to break modern cryptography algorithms. Fortunately, these capabilities may still be a decade or more away, providing researchers with time to develop quantum-secure solutions and protect the integrity of the nascent Web3 ecosystem.

If you trade crypto assets in the Web3 ecosystem, ZenLedger can help you aggregate your transactions, compute capital gains or losses, and populate the IRS forms you need each year. You can also track your crypto holdings in one place and identify ways to save through tax loss harvesting. Sign up today and get started for free!