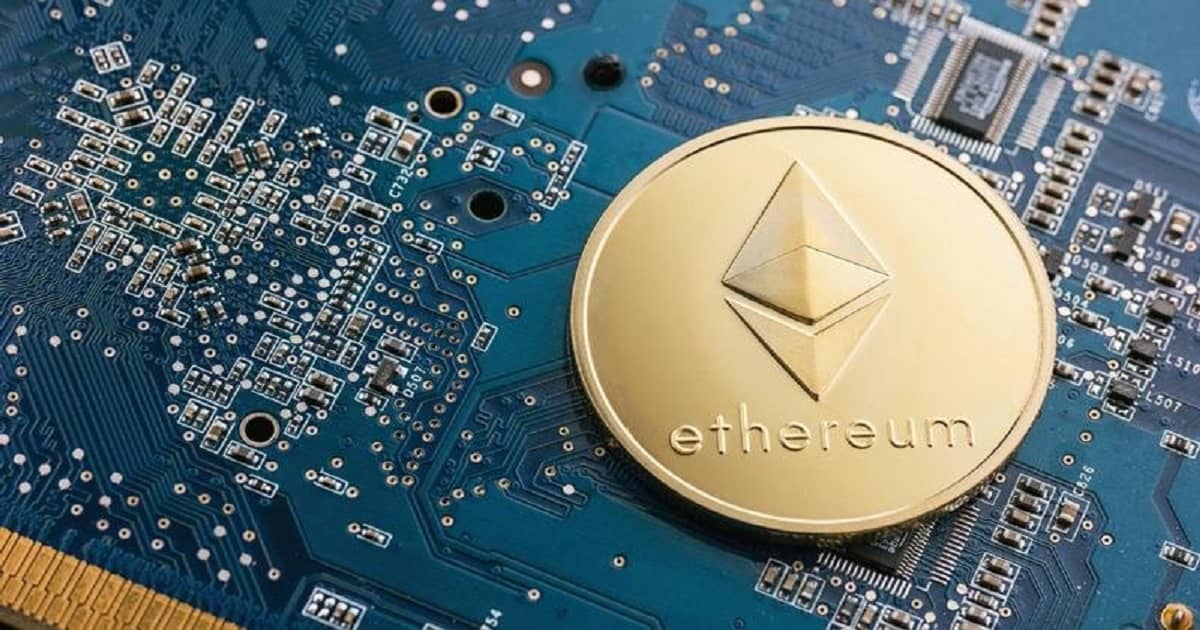 According to the latest data, Ethereum is the world's second-largest cryptocurrency by market capitalization. Since its inception in 2015, Ethereum has not only developed as a blockchain but is also active in mining.

Let's brush up on the basics of mining and deep dive into the world of Ethereum mining to learn more about the types and requirements, and most importantly—how to mine Ethereum in 2022

What Is Crypto Mining?

In the crypto world, mining refers to the verification and recording of cryptocurrency transactions on an Ethereum blockchain ledger. For this, miners have to solve complex computational maths problems, and then they’re rewarded with cryptocurrency.

Miners also have to invest lots of computer processing energy, and time to solve these problems through mining blocks. When they hit the right hash, they submit the solution to the issuer.

What Is Ethereum Mining?

Similar to Bitcoin mining, Ethereum mining is an event wherein the volume of Ether circulation is increased via the mining of the coin. Technically, this implies the creation, verification, and ad blocking of the blockchain to secure the Ethereum network. Mining Ethereum uses the proof-of-work (POW) system and consumes a lot of electricity.

What Is Proof Of Work?

Ethereum network operates on the consensus protocol called Proof-of-Work, or PoW, in short, to confirm the consensus about the Ethereum blockchain data. The main objective of this protocol is to prevent the exploitation of the blockchain network, as it is impossible to form or delete fake transactions. It does so by making its participants solve computational problems and rewarding them in return. Another crucial goal of Proof-of-Work is to release new currency in the system.

Miners can verify transactions by solving hashes as they solve complicated puzzles:

As a result, it serves the purpose of

How is Ether Mining Different From Bitcoin Mining?

Ethereum was developed in a way that it only allows mining via graphics processing units (GPUs) and declines hashes from ASICs. This is the complete opposite of Bitcoin, which is exclusively mined with the help of ASICs. Ethereum’s development team took this route to reduce the centralization of hash power, which is prevalent in the Bitcoin network.

How Much Does an Ether Miner Make?

Contrary to Bitcoin, Ethereum was originally designed as an inflationary currency, meaning the Ether supply was not fixed. Consequently, Ether’s supply was supposed to increase every year via block rewards paid to the miners. However, a steady inflow of new Ether put pressure on the price of Ether. As a result, a few investors believed that one day Ether would face the same fate as fiat currencies, which are perpetually inflated and have lost their purchasing power.

To remedy this, Ethereum reduced its block rewards from five to three Ether in 2017. After a year and a half, Ethereum reduced the block rewards even further from three to two in 2019. In 2021, Ethereum’s EIP 1559 update made some fundamental changes to Ether’s tokenomics. After this update, miners now get two Ether and all the priority fees included in a block as a block reward. However, the base fee is burned by the blockchain network, making it to be a deflationary currency.

How long does it take to mine Ethereum? It depends on the provided hash rate and the computational prowess of the miner.

Numerous factors like power consumption, hardware, and software cost will affect the profits that you can make as an Ethereum miner. There are six major factors of profitability when it comes to mining.

Reward For Each Block

Ethereum miners receive 2ETH as rewards along with the transaction fee for each block they mine. Websites such as etherscan provide the latest updates on Ethereum rewards (ETH).

Another profitability factor for Ethereum mining is uptime. Uptime is the time that your mining rig is online and mining.

Miners combine the hashing outputs and many mining rigs to find blocks and earn rewards (ETH). This is a much more productive option compared to mining with dedicated servers or solo mining.

Compatibility and updates—these are the two important things that miners have to keep an eye for. This will not only help them save a considerable amount of money but also increase the hash rate and minimize your electricity bills.

The existing proof-of-work model of mining Ethereum will not be effective after 2023. Transitioning to the proof-of-stake model will ensure profitability.

Comparable to Bitcoin mining, there are certain hardware and software requirements for Ethereum mining. Here's a list of all that you'll need to start mining Ethereum:

It must be noted that no specific mining software is required for ASIC miners. The only requirements are electricity and an internet connection.

Your mining requirements must finally have the two criteria:

Based on the software and hardware that Ethereum miners use, there are various types of Ethereum mining:

As the name suggests, CPU mining requires a central processing unit (or CPU) for Ethereum mining.  To mine Ethereum using this method, a miner just requires a computer and a few mining software. The slow processing speed of CPU mining and decreasing profit led to its decline and it has not been in use for almost 5 years now.

GPU Mining is the most popular method of crypto mining. Mining Ethereum requires one or more graphic processing units and is a comparatively cheaper and more efficient way to build an Ethereum mining rig. Mining rigs consist of the following components:

Application-Specific Integrated Circuits, commonly called ASICs are devices used to specifically carry out crypto mining. Unlike CPU and GPU mining, ASIC mining has more productivity as it has more computational or mining power. As a result, the Ethereum production as well as the miners' earnings is more.

Many miners choose to mine alone or carry out solo mining. Solo mining can be a plausible option for you if you have enough resources to have a big presence in the network. This is because there's a large number of participants in the network.

Solo mining will require mining farms which are very difficult to maintain as there can be issues related to heat and ventilation. Apart from that, these rigs consume a lot of electricity, more so if your rig has over 10 graphic cards installed.

Another way to mine Ethereum is by using mining pools. In pool mining, the computation power of many miners is combined to achieve a mining pool. This helps them find blocks easier, which leads to more profits. The pool members receive mining rewards (ETH).

Combining hashing outputs is a more profitable and productive option as compared to mining with a dedicated server.

Alongside pool mining, cloud mining is a great way to mine Ethereum. In this process, miners can rent their mining rig, which is governed by a contract. According to the agreement, all the profits that a rig makes will be transferred to the miner's wallet.

Cloud mining is a viable option for those who cannot invest sufficient money in mining rigs. Another advantage of cloud mining is that it has more processing power as it is the combination of several rigs which results in large-scale mining.

Despite having a slew of benefits, one drawback of cloud mining is that money has to be paid beforehand. So even if there's a drop in the price of Ethereum, you won't be getting your money back. Also, there's no option to change the hardware and software presented by the cloud mining organization.

How To Mine Ethereum: Pool Mining Step By Step

Now that we know the basic details about Ethereum mining, including how mining works, the types of mining, and mining equipment, it's now time to start learning how to mine Ethereum. From the discussion points above, it is now evident that a mining pool is much more profitable than a solo mining.

The first step to mining is to ensure the proper installation of graphic card drivers. Once your installation is complete, follow the steps given below and start mining!

The first step to start mining in pools is to join a mining pool. As discussed earlier, in a mining pool you can share resources, resulting in minimizing your mining costs and more productivity. The right mining pool will increase your chances of finding a block.

An important point to remember is that, in order to join a mining pool, you'll need your wallet address. Signing up won't be necessary, as you can mine anonymously.

In case you don't have a wallet already, you can create a cryptocurrency wallet. You can choose from the wide range of software wallets and hardware wallets from the list of the best cryptocurrency wallets. If you're looking for accessibility, you can choose a software wallet, and if security is your main concern, a hardware wallet will be the best option for you. But whichever wallet you choose, make sure that the wallet supports Ethereum.

Once your wallet is created and set up, you have to select the mining software for Ethereum. Some of the best ones are Ethminer and EasyMiner.

You will need a BAT file to finally start mining. Follow the given steps to create a BAT file.

Finally, save and execute the batch file, and you're ready to start the mining operations. You'll know that the process has commenced when you see the hash power on the mining console.

Why is Ether Mining Profitable?

When Ethereum was launched in 2015, Ether’s price was around $1, and mining it was not profitable. The first few miners of this token were crypt enthusiasts or developers who believed in the project.

However, with the steady increase in the price, the project became more lucrative and attracted tech-savvy investors who understood the network’s potential. Today, Ether’s price is in the four digits and mining it is still considered profitable though it is very competitive.

In 2022, Ethereum is shifting from PoW to PoS, and investing in mining equipment is still going to be profitable. With Ethereum’s PoS shift and staking already available, staking has become a more future-oriented and less hardware-intensive way to earn Ether.

As we’ve mentioned earlier, Ether mining is soon going to end and the shift from PoW to PoS is expected to take place around Q3 of 2022. Rather than mining Ether, investors can now stake the token and earn staking rewards. They can either be an Ethereum validator, which needs a minimum of 32 Ether or they can use a staking service such as Binance or Coinbase.

Ethereum network has been operating on the consensus protocol called Proof-Of-Work, or PoW, in short, to confirm the consensus about the Ethereum blockchain data. But Ethereum has aimed to transition to Ethereum 2.0 with the new Proof of Stake consensus. Their new code update is known as the Ethereum Improvement Proposal 3554 (EIP-3554).

As the transition takes place, the miners who use Proof of Work will continue receiving rewards. But as the process of Proof of Stake grows, there'll be a gradual decline in transactions’ revenue for PoW.

FAQs: How to Mine Ethereum

1. How long does it take to mine Ethereum?

2. Is Ethereum easy to mine?

3. What is the GPU specification for mining Ethereum?

The most recommended GPU specification is a desktop with 3GB RAM. Apart from desktops, there are certain gaming laptops with high-end graphic cards that you can use to mine Ethereum.

The first step to mining is to ensure the proper installation of graphic card drivers. Once your installation is complete, you have to select your mining pool, set or create a wallet, select the appropriate mining software, create a BAT file and finally—start mining.
Get Started NowSign up for newsletter