This is What the Bitcoin Market Really Looks Like 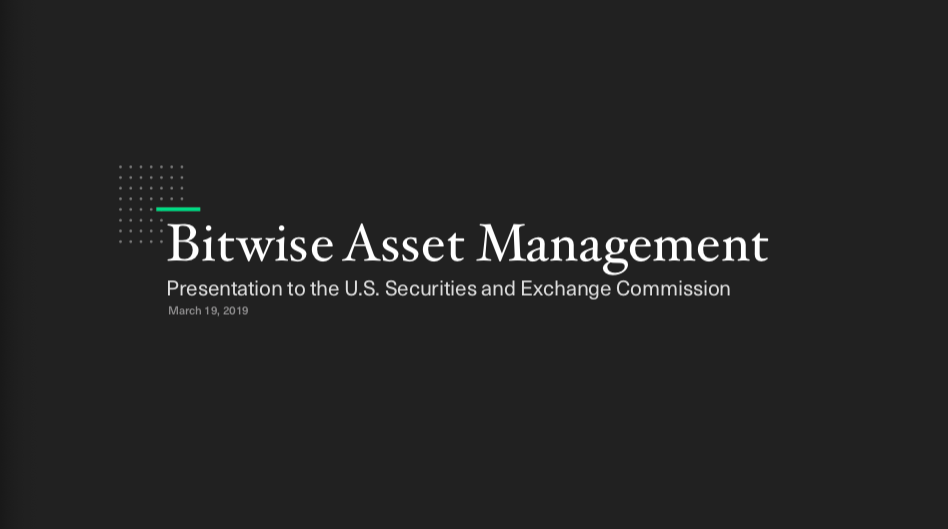 Bitcoin is the largest and most well-known cryptocurrency in the world, but it has a reputation for being immature and prone to manipulation. A new report by an aspiring Bitcoin ETF issuer tries shed that reputation by showing that the market is more mature than it seems.

The Bitwise report found that nearly 95% of Bitcoin trading volume is faked by crypto exchanges in order to earn millions in listing fees — a revelation that made headlines since the report was released. But, the real story is that the Bitcoin market is significantly smaller, more orderly, and more regulated than is commonly thought.

Let’s take a closer look at these findings and what they mean for your cryptocurrency portfolio.

Bitwise notes that Bitcoin is a “globally fungible commodity with low transaction costs, near-zero transportation costs, and low-to-zero storage costs”. Despite these inherent attributes, the firm noted that it’s not uncommon for prices to differ by hundreds of dollars on different exchanges, which makes it appear volatile and prone to manipulation.

The issue is that the vast majority of Bitcoin trading volume is fake and/or non-economic wash trading, according to Bitwise. While Bitcoin spreads can be hundreds of dollars on many suspicious exchanges, the spread on real exchanges is typically just a few cents, making it among the tightest quoted securities in the world.

The roughly $273 million in estimated legitimate volume may be less than the oft-cited $6 billion in total trading volume, but that’s a healthier figure when comparing Bitcoin to other assets. For example, Bitcoin has a roughly 0.39% daily turnover compared to 0.55% daily turnover for gold — a popular analog given the similar investment case.

The Bitwise report notes that the launch of Bitcoin futures on the Chicago Board Options Exchange (CBOE) and the Chicago Mercantile Exchange (CME) in December 2017, as well as the introduction of institutional market markers and lenders in recent years, has reduced price deviations between exchanges over time.

Average price deviations between the ten exchanges is very low, according to Bitwise, and sustained deviations are extremely rare. Many institutions involved with the cryptocurrency are aware of these dynamics and understand the difference between reported and actual trading volumes — unlike the general public.

As one would expect with a maturing spot market, Bitcoin futures have become increasingly popular. The CME futures market is nearly as large as the largest legitimate Bitcoin spot market, according to Bitwise’s calculations, and total futures have exceeded $90 million compared to spot market volume of $273 million.

The Bitwise report suggests that the Bitcoin market is becoming more mature, but there are many skeptics that believe there is still a lot of cause for concern. For example, Pactum Capital CEO Daniel Cawrey criticized the report in a CoinDesk editorial, saying that it glossed over some key concerns over some of the largest “real” exchanges.

In particular, the inclusion of Binance and Bitfinex as two of the ten exchanges with actual trading volume has been called into question because neither have the level of banking relationships or transparency as the other eight exchanges — even though they account for about half of trading volume. Binance is not registered as a Money Services Business with FinCEN and doesn’t have any formal market surveillance tools in place.

Both exchanges also use a blockchain-based “stablecoin” called Tether that claims to be backed by U.S. dollars, but has never completed an audit to verify that fact. Despite Tether being unregulated and unaudited, it’s used by the two exchanges to satisfy banking and regulatory requirements, which could be problematic if any issues arise in an audit.

What It Means for Bitcoin Investors

The Bitwise report suggests that Bitcoin may be a smaller and less volatile market than prices would suggest when looking at common price aggregators. In many ways, that could make the market more attractive for investors that are more interested in diversification than rampant speculation. They don’t need to worry as much about market manipulation.

That said, some of the criticisms of the Bitwise report suggest that the market may still be immature compared to stocks, bonds, and other financial assets. Some of the largest traders still don’t offer as much transparency as investors and regulators want to see before bringing it mainstream through the launch of ETFs and mutual funds.

The Bitwise report suggests that the Bitcoin market is more of an emerging market than the Wild Wild West. After accounting for fake or misleading trades, the market is really much smaller, less volatile, and more tame — and these trends show signs of continuing as the market is institutionalized with futures and funds.

Critics of the report suggest that the market for Bitcoin may not be as mature as Bitwise claims given that two exchanges that account for about half of total legitimate trading volume still lack banking relationships and use a stablecoin that is both unregulated and unaudited. Many investors and regulators will be waiting on the sidelines for these issues to clear up.

The reality may lie somewhere in-between. There’s no question that Bitcoin volatility has decreased following the launch of the futures market, while regulated exchanges have undoubtedly tight spreads. That said, there’s still a lot of uncertainty surrounding some of the largest players in the market, which could be a cause for concern.