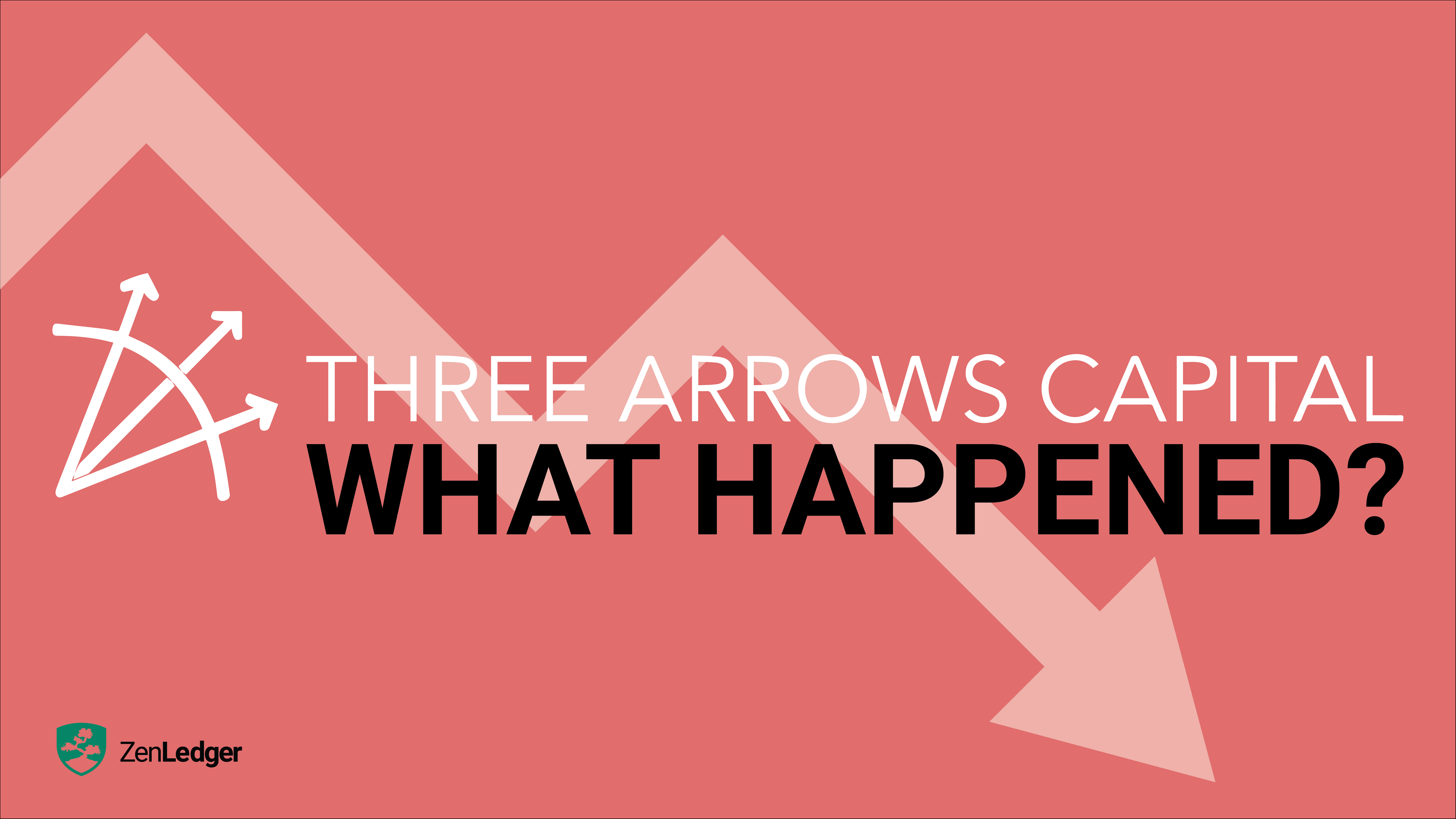 Zhu Su and Kyle Davies founded Three Arrows Capital to invest in cryptocurrency projects and assets in 2012. After reaching about $18 billion in assets at its height, Luna's collapse led to margin calls and eventually its liquidation in July 2022. However, the whereabouts of Su and Davies remains unknown as their creditors seek $3.5 billion.

Let's take a closer look at Three Arrows Capital, what happened, and the lessons crypto investors can take away to protect themselves from future crises.

Three Arrows Capital became the latest high-profile casualty of the crypto winter – here's what went down earlier this year.

Kyle Davies and Su Zhu were classmates at Phillips Academy and then studied at Columbia University before working for Credit Suisse. They started Three Arrows Capital in late 2012 with $1.2 million, focusing on emerging market currency trading. Soon after, they shifted their focus on bitcoin and other cryptocurrency assets.

The fund began backing high-profile crypto projects, including Aave, Avalanche, Luna, BlockFi, Ethereum, Polkadot, and Solana. And according to a January 2021 SEC filing, it also owned nearly 40 million units of the Grayscale Bitcoin Trust (GBTC) at the end of 2020. The fund also had a high profile on Twitter, with Zhu having more than 500,000 followers.

In March 2022, Nansen reckoned that 3AC managed about $10 billion in cryptocurrency assets, although its visible assets may have come from uncollateralized borrowing on various lending platforms. Regardless, the hedge fund was one of the best-known names in the crypto space and influenced a significant portion of the market.

Three Arrows Capital invested about $200 million in LUNA tokens in February 2022. Unfortunately, the algorithmic stablecoin began deviating from its promised peg to the U.S. dollar during the crypto market's downturn. By May 2022, LUNA, the companion cryptocurrency, fell from $80 to a couple of cents, sending shockwaves through the ecosystem.

While its exposure to LUNA's collapse is uncertain, its leveraged investments in Bitcoin, Ethereum, and other significant cryptocurrencies became its downfall. The hedge fund failed to meet margin calls from BlockFi and Genesis by mid-June 2022. At the same time, Voyager said the firm defaulted on a $646 million loan.

The fund also reportedly had investments in Axie Infinity, BlockFi, and other troubled companies. Axie Infinity suffered a $600 million hack resulting in a substantial drop in value, while BlockFi laid off hundreds of its staff members in mid-July 2022. And, of course, many of its other projects may have suffered from the macro decline.

A court in the British Virgin Islands ordered the liquidation of 3AC, overseen by Teneo, and the fund filed for Chapter 15 bankruptcy to protect its U.S. assets from creditors in early July 2022. Since the default, Zhu and Davies have made some public comments on Twitter, but court papers suggest they have not cooperated with the liquidation process.

According to the company's bankruptcy filings, 3AC owes $3.5 billion to 27 companies, including $2.3 billion to Genesis Global Trading. The filings also accuse the two founders of using company funds to make a downpayment on a new $50 million yacht and two Good Class Bungalows in Singapore for $35 million and $21 million.

For his part, Zhu Su argued in a July 12, 2022, Twitter post that 3AC's good faith to cooperate with liquidators was met with baiting. Su also pointed out that the liquidators failed to exercise StarkWare's token purchase offer, causing the company to lose substantial value and impacting its assets available to liquidate.

Impact on Other Firms

Three Arrows Capital's default continues to send shockwaves through the crypto ecosystem. Blockchain.com, a crypto exchange, had made $270 million in loans to 3AC and Voyager Digital filed for Chapter 11 bankruptcy after 3AC couldn't repay a $670 million loan. Meanwhile, Genesis, BlockFi, BitMEX, and FTX are all facing losses from 3AC.

Aside from those directly impacted by 3AC, the hedge fund's demise has led to tighter underwriting standards and less credit throughout the industry. As a result, many significant funds and investors are pulling capital out of liquidity pools, contributing to the market's steep decline and sparking concerns over other businesses.

Thus far, Blockchain.com's CEO indicated that the exchange remains liquid and solvent, but Voyager Digital made similar promises before it filed for bankruptcy. In the end, the actual damage caused by 3AC's overleveraged positions may not be apparent for several months as liquidators work through what's available.

The failure of Three Arrows Capital is reminiscent of thousands of similar stories across conventional finance. From the 1929 crash to the 2008 financial crisis, excessive leverage quickly turned modest market corrections into devastating crashes. And these crashes almost always catch investors by surprise, given the preceding market strength.

Investors should remember that leverage is a double-edged sword. While leveraged funds deliver superior returns during bull markets, these gains can disappear overnight during a market crash. Moreover, highly-leveraged markets also open the door to systemic shocks since a single event triggering selling can lead to a chain of margin calls.

In addition, investors should remember that diversification is often the best way to mitigate these risks. For example, investing across non-correlated asset classes can minimize the risk of any single market crash impacting your entire portfolio. That's even true within the crypto space, where different types of tokens have different dynamics.

Three Arrows Capital became the latest casualty of the crypto winter when it filed for bankruptcy in mid-2022. With the failure of Luna and leveraged positions in cryptocurrencies causing tremendous losses, the move shouldn't come as a surprise. But ultimately, these losses could spark concern among mainstream investors over the long term.

If you trade cryptocurrencies, ZenLedger can help you aggregate transactions across exchanges, compute your capital gain or loss, and auto-fill popular IRS forms you need each year. You can even use our tax-loss harvesting tools to identify opportunities to sell losing positions, realize the losses, and offset your year-end tax bill.