What is Optimism & How Can You Participate in the Airdrops? 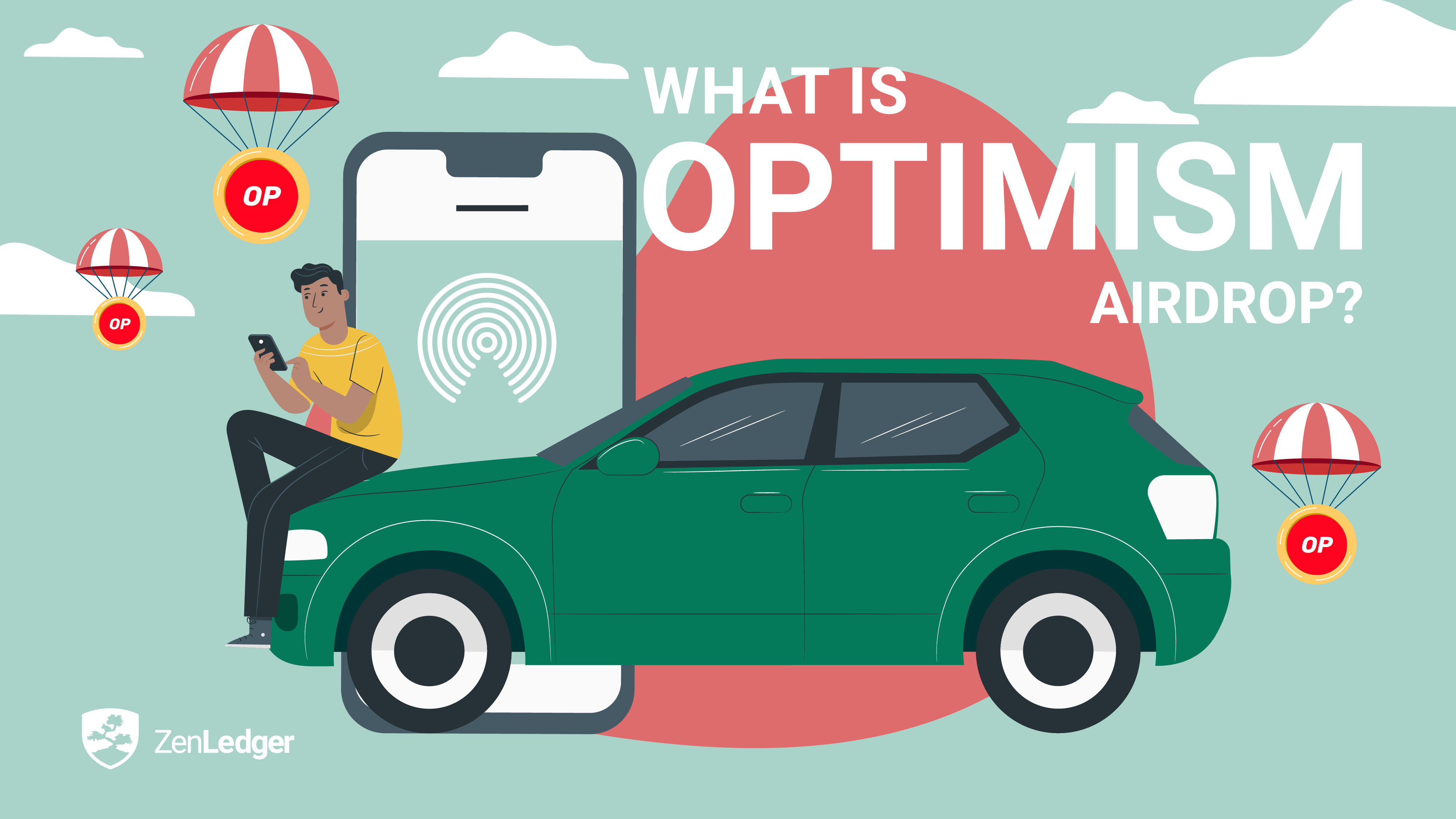 Ethereum is the second-largest cryptocurrency, with a quarter trillion-dollar market capitalization. Yet, despite its prominence, the blockchain is notoriously slow and expensive. Ethereum 2.0's proof-of-stake consensus mechanism promises to address these issues, but users have turned to third-party scaling solutions in the meantime.

Optimism is a popular Ethereum scaling solution introduced in June 2019 and launched in 2021. While the platform isn't fully decentralized yet, it has already helped users save more than $1 billion in Ethereum gas fees. It also holds about $500 million in on-chain value, making it one of the most popular Ethereum sidechains.

Let's look at how Optimism works, how to use the network to lower transaction costs, and how to participate in the airdrops.

Optimism is one of the most popular Layer 2 blockchains for Ethereum, helping users save on the network's notoriously high gas fees.

Optimism is a low-cost and lightning-fast Ethereum Layer 2 blockchain. Under the hood, the platform aggregates and settles transactions on its blockchain before posting receipts on the Ethereum mainnet. Since its blockchain is more efficient than Ethereum, users benefit from lower gas fees, and dapps benefit from better scalability.

The blockchain was the first to introduce an EVM-compatible optimistic rollup protocol (discussed in greater detail below). However, delays in its mainnet launch opened the door for competition, particularly from Arbitrum. In fact, Uniswap was planning to launch on Optimism but switched to Arbitrum due to these delays.

The company behind Optimism, OP Labs, recently raised $150 million in a Series B round led by Paradigm and Andreessen Horowitz (a16z), valuing the business at about $1.65 billion. In a blog post, the company made it clear that the funding would go toward hiring developers and achieving its goal of bringing Ethereum transactions down to a sub-dollar level.

Optimism is an Ethereum Layer 2 blockchain that uses rollups to lower costs and improve scalability. In essence, rollups involve using smart contracts to "roll up" transaction data and move it off the Ethereum mainnet for processing. Sequencers then submit batches of highly-compressed transaction data back to Ethereum.

As its name implies, Optimism uses optimistic rollups. The network has a one-week challenge period for fraud proofs, meaning that withdrawals from the Optimism Bridge (see below) have a one-week waiting period. The long challenge period increases the security of the blockchain but could be a problem for some users and use cases.

Optimism uses many of the same technologies as the Ethereum blockchain, including a modified GETH for its Layer 2 node and a Solidity compiler. As a result, the blockchain enables users to send any ERC-20 assets between networks, ensuring compatibility with a broad range of Ethereum dapps and minimizing any mismatches.

The Optimism Bridge makes it easy to transfer Ethereum between the Optimism sidechain and Ethereum mainnet. For instance, you can simply connect MetaMask or another wallet, input the amount of ETH or other ERC-20 tokens you'd like to transfer, review the gas fees and transaction times, and click a button to begin the transfer.

You can also use third-party bridges to decrease costs and transaction times, but some token limits or other factors may affect your decision. For example, the Hop Exchange provides fast transfers between Optimism and the Ethereum mainnet, but only supports a handful of ERC-20 tokens, so it might not be the best fit for everyone.

Optimism plans to launch its governance token, OP, to community members through a series of airdrops. Over time, the organization will airdrop around 19% of the total supply to early and future Optimism users that meet certain criteria. About 264,079 addresses are eligible for the first airdrop, which will occur at an unspecified future date.

The eligibility criteria include:

Anyone interested in future airdrops can now start participating in the ecosystem to qualify for the remaining 14% of the token supply slated for upcoming airdrops. Optimism automatically determines eligibility through blockchain analysis and will announce how to claim tokens in the future—no payments will be required to access the airdrop.

Caveats to Keep in Mind

There are a couple of caveats when using Optimism:

First, Optimism uses a centralized sequencer with priority when submitting transaction batches and ordering transactions. As a result, the operator could exploit their centralized position and front-run user transactions. In addition, funds may be frozen if the centralized validator goes down since users cannot produce blocks independently.

Second, there is no delay on code upgrades, meaning that malicious code upgrades may result in stolen funds. While some protections exist, these attack vectors have become a critical weak point across many popular decentralized finance (DeFi) apps and other blockchains across the ecosystem.

For those participating in airdrops, keep in mind that airdrops are taxable as ordinary income upon receipt, and any appreciation is taxable as a capital gain. Therefore, if you receive an airdropped token and it depreciates, you could owe more tax than the token is worth. ZenLedger makes it easy to track airdrops and ensure proper tax treatment. Sign up for free today!

Optimism is an Ethereum sidechain that uses optimistic rollups to reduce transaction costs. While it was the first EVM-compatible optimistic rollup protocol, Arbitrum and others have emerged as competition in recent years. Still, with about $500 million in TLV, Optimism is one of the most popular projects and recently raised $150 million in venture capital.

Anyone can participate in Optimism’s airdrops by meeting six criteria. Since the airdrops will occur in a series rather than all at once, anyone has an opportunity to get involved with the project and participate in future airdrops.