Who Are the Most Notable NFT Artists? 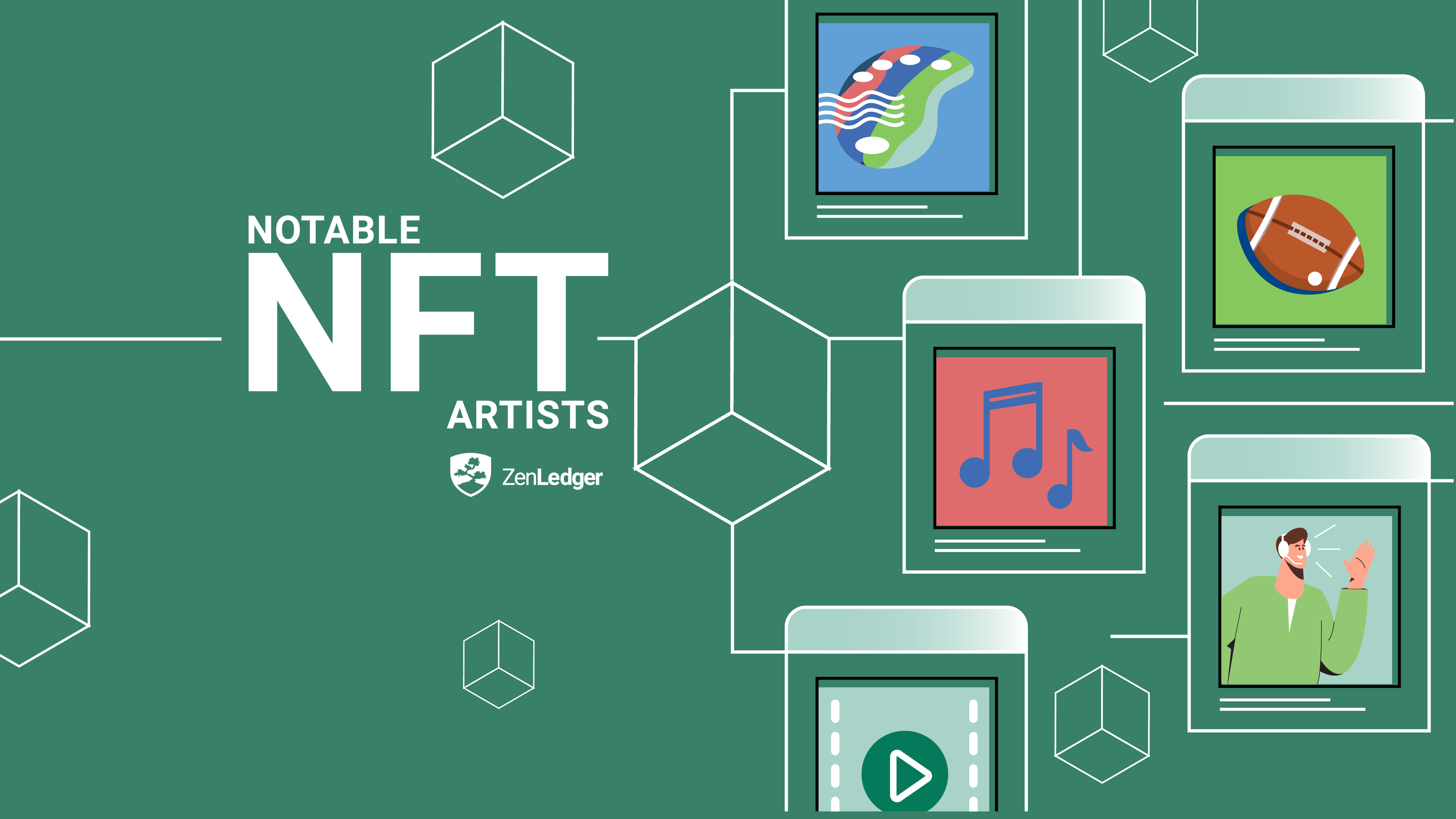 Beeple's "Everydays: The First 5000 Days" made headlines when it sold for nearly $70 million in March 2021, making it the third most expensive piece of artwork sold by a living artist. While it was the first purely digital work offered by a major auction house (Christie's), a growing number of NFT artists are making millions from the digital works.

Let's look at the five highly regarded NFT artists and why art collectors pay top dollar for their works.

Nearly $2.5 billion worth of NFT art has been sold since the beginning of 2021, making it an influential subset of the larger NFT market.

How Big is the Market?

Most people unfamiliar with the crypto space underestimate the scope of the NFT art market. According to CryptoArt.io, there have been more than 3.2 million pieces of artwork sold for nearly $2.5 billion since the beginning of last year. These sales have come through ArtBlocks, SuperRare, and at least six other major marketplaces.

In addition to these markets, a growing number of pieces are sold through conventional auction houses like Christie’s and Sotheby’s. Since handling the sale of Beeple’s iconic artwork, Christie’s has expanded to serve a growing number of artists in the NFT space with upcoming auctions for FriendsWithYou and others.

Aside from the fine art market, thousands more pieces have been sold through OpenSea, the largest NFT platform in the world. These include the Bored Ape Yacht Club, Mutant Ape Yacht Club, CryptoPunks, and various other collectible NFTs. In fact, Nonfungible.com reckons that more than $8 billion worth of NFTs were traded during the first quarter of 2022 alone.

Pak is an anonymous creator that has been at the forefront of digital art and crypto media for over two decades. His "Merge" NFT sold for $91.8 million in December 2021, making it the most expensive NFT art ever sold. With over 66,000 pieces of art, Pak is also one of the most prolific crypto artists, with an approachable average sale price of $6,000.

Given Pak's anonymity and quantity of work, many suspect that Pak may actually be a team of creators. In addition to their artwork, Pak built a sophisticated art curation bot called Achillect that scours social media for exciting art pieces and reshares them with its 2.8 million Twitter followers. However, critics point out that Achillect often doesn't post attribution or sources.

Mike Winkelmann, better known as Beeple, is a graphic designer from Charleston, South Carolina. As one of the originators of the "everyday" movement, he became famous for creating a picture every day and posting it online for over ten years without missing a single day. His "Everydays: The First 5000 Days" NFT sold for nearly $70 million.

Of course, Winkelmann was well-known before selling a $70 million NFT, working for clients like Apple and SpaceX. In October 2020, he began selling NFTs for $66,666.66 (one of which later sold on the secondary market for $6.6 million). Then, in December 2020, he sold a series of works for $3.5 million, setting the stage for the massive "Everydays" sale.

XCOPY is a London-based crypto artist that explores death, dystopia, and apathy through distorted visual loops. These pieces have titles that comment on NFT culture and criticisms of it, such as "Right Click and Save As Guy" or "When Airdrop?" Many of these pieces have become among the most expensive NFTs ever sold.

After releasing more than 100 NFTs on SuperRare, XCOPY expanded onto several other platforms and quickly became a legend in the industry. In total, his artwork has generated nearly $90 million in sales, putting him in the top ten crypto artists. And with almost 10,000 pieces, he's also a prolific artist with an approachable average sale price of $9,000.

Victor Langlois, better known as FEWoCIOUS, is a young up-and-coming artist that has sold more than 3,000 NFT art pieces featuring a bright, surrealist style. One of their most famous collections represents the artist's life between the ages of 14 and 18 as he began to understand his gender identity, transitioned, and moved from Las Vegas to Seattle.

With about $28 million in sales and an average selling price of $9,000, the crypto artist ranks 11th in terms of total value sold. That said, Victor's lively social media presence and unique style have made him one of the fastest-growing artists in the space. He's also the youngest artist to have sold work through Christie's auction house.

Fred Duquette, better known as Fvckrender, is a Vancouver-based artist specializing in geometric architectural artwork. He is known for futuristic landscapes and crystalline arrangements. Aside from NFT art sold in Christie's and Sotheby's, he has worked with clients like Lil Nas X and LeBron James and brands like Instagram and Christian Dior.

With over 2,000 works of art and over $10 million in total sales, Fvckrender is the 38th highest-grossing NFT artist and an up-and-coming presence to watch. He is also among the fastest growing artists with relatively affordable artwork compared to some of his peers.

The NFT art market has grown exponentially over the past few years, with about 40 artists earning over $10 million from art sales. Meanwhile, the three top artists have earned over $100 million, making them the wealthiest living artists of all time. As the market continues to expand, these figures could continue to grow over the coming years.

If you buy or sell crypto artwork or other NFTs, ZenLedger can help you keep everything organized for tax season. The platform aggregates your transactions, computes your capital gain or loss, and auto-populates the tax forms you need. Get started today for free!