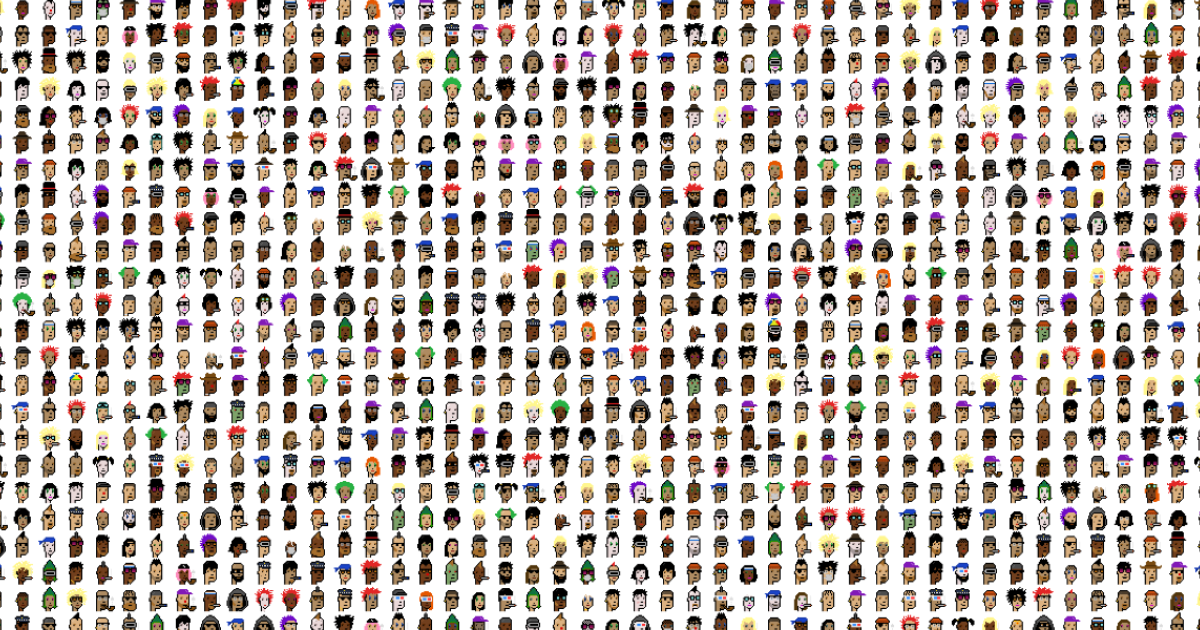 The Bored Ape Yacht Club and CryptoPunks are the only two NFT projects with over $1 billion in transaction volume. And on March 11, 2022, Yuga Labs, the developer of BAYC, acquired CryptoPunks (and Meebits) to become the largest NFT developer. The move sent shockwaves through the industry and could have lasting repercussions.

Let's take a closer look at the transaction and what it means for NFT holders and the wider market.

Yuga Labs' acquisition of CryptoPunks was met with mixed feelings among crypto enthusiasts—here's why.

Bored Ape Yacht Club, better known as BAYC, is a collection of 10,000 NFTs on the Ethereum blockchain. Since their launch in April 2021, they've become a quintessential status symbol across the crypto community and even among celebrities like Tom Brady. Each NFT provides access to members-only benefits, and there's a roadmap for future areas and perks.

While BAYC is a recent phenomenon, Larva Labs launched CryptoPunks in June 2017. The collection of 10,000 NFTs on the Ethereum blockchain was initially made available for free, but all 10,000 quickly sold out. On the secondary market, the prices of CryptoPunks soared, with the floor price reaching parity with BAYC prices before the Yuga Labs acquisition.

Most cryptocurrencies and projects—like decentralized finance protocols—are open-source. So, in essence, anyone can take the source code and create their own "fork" of the project. However, NFTs follow in the footsteps of the media industry, where intellectual property rights play a significant role in rewarding creators and studios.

Most conventional fine art, such as paintings, don’t convey any intellectual property rights to the buyer. While the Copyright Act doesn’t prohibit purchases from altering or destroying physical artwork, many countries give artists Moral Rights to their creations, including the right to receive credit for a work and even receive resale royalties.

The Fight Over Rights

Yuga Labs' acquisition of CryptoPunks comes after a long and controversial fight over copyrights. Under its NFT License, CryptoPunk owners had no intellectual property, copyright, or trademark. But, of course, that's a problem when many owners were building their entire personal brands around their NFT.

i love punks, but the copyright issue kind of broke my heart. i held deep 8 figures of punks and the devs unfollowed me when i suggested it. wouldn't respond to DMs. i'm going to keep 4156 (probably forever), but will otherwise be focusing my time on nouns, toadz and other CC0

By comparison, the Bored Ape Yacht Club gives owners commercial rights to profit from the art and make derivatives. In fact, Los Angeles restaurateur Andy Nguyen has opened a restaurant based on his BAYC NFT called "Bored & Hungry" in Long Beach, CA. However, Yuga Labs still owns the actual rights to each NFT's intellectual property.

These dynamics rub some crypto enthusiasts the wrong way. After all, the community was founded on principles of openness and decentralization. As a result, there's a growing movement toward Creative Commons licenses, known as CC0, which eliminate any intellectual property claims and allow anyone to use the NFTs and their likeness.

With the recent creation of ApeCoin and a decentralized autonomous organization (DAO), Yuga Labs hopes to alleviate some of these concerns. While the business still retains a lot of ownership, the move could put power back into the hands of the community over the long term.

Ultimately, the long-term impact of the acquisition remains to be seen. While CC0 projects are taking off among crypto enthusiasts, the general public remains mostly unaware of IP licensing nuances. Yuga Labs and other businesses are also more effective at marketing to the general public, which could keep IP-restricted projects at the forefront.

Other Challenges for NFTs

NFT intellectual property challenges aren’t unique to Yuga Labs. For example, Miramax wasted no time filing a lawsuit against Quentin Tarantino after his launch of Pulp Fiction NFTs. OpenSea has also been widely criticized for doing little to protect copyright owners who have their artwork stolen and sold on the world’s leading NFT marketplace.

Aside from intellectual property concerns, Securities and Exchange Chairman Gary Gensler has expressed concerns about NFTs being traded as securities, particularly after the launch of ApeCoin. As part of that launch, BAYC holders were airdropped ApeCoin and have a say in the organization’s governance.

Cyber threats and fraud also remain a significant risk factor for the industry. For example, there are a growing number of replica NFT marketplaces that look authentic but sell counterfeit NFTs or attempt to hack wallets, like MetaMask. The lack of regulation and centralization makes preventing these kinds of fraud extremely difficult.

Finally, the IRS continues to crack down on all forms of crypto tax evasion, including the failure to report the sale or NFTs. In general, taxpayers owe capital gains tax on the sale of any NFT that was bought for investment purposes. Meanwhile, artists that produce and sell NFTs typically owe ordinary income tax on any proceeds.

Yuga Labs' acquisition of CryptoPunks IP comes amid a growing fight over intellectual property rights. While the business loosened IP restrictions on CryptoPunks, many crypto enthusiasts believe that the industry should move toward Creative Commons licenses with very few or no rules for owners or the public.

If you trade cryptocurrencies and NFTs, ZenLedger can help you organize and report your taxes. The platform makes it easy to aggregate transactions, compute your capital gains or losses, and populate the IRS forms that you need.

Get started with ZenLedger for free!