What is Fantom Blockchain? How it Works? 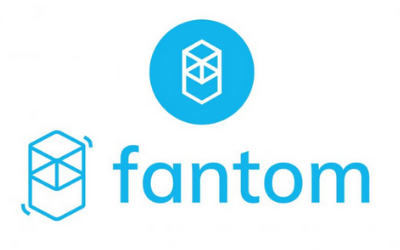 The Fantom blockchain is a promising dApps and DeFi ecosystem. Know how Fantom works, where you can buy Fantom crypto in this comprehensive guide.

In the past few years, hundreds of blockchain networks have emerged to outperform Bitcoin and Ethereum. One such network is Fantom, aspiring to offer a host of features and improvements when pitted against legacy blockchain networks.

Such aspirations raise questions such as what Fantom blockchain actually is? What makes Fantom work? Where can one buy Fantom crypto? Let’s tackle these questions one after another. But first, what is it?

What Is Fantom Blockchain?

Fantom is a permissionless, decentralized, open-source smart contract platform for digital assets and decentralized applications (dApps). Fantom was founded in 2019 and since day one, the project aims to provide a feasible solution to the blockchain trilemma by banking security, scalability, and decentralization in a single network.

Connecting your Fantom Address to ZenLedger For Your Crypto Tax Forms

Fantom functions on top of a custom “leaderless” proof-of-stake (PoS) consensus mechanism also known as Lachesis. It is an asynchronous Byzantine Fault Tolerant (aBFT) consensus mechanism that not only provides faster transactional speeds but also ensures the security of those transactions. The aBFT tolerates almost one-third of malicious behavior from participants of the network without causing any harm to the network activities.

Fantom crypto is available as an ERC-20 token on the Ethereum network and as a BEP-2 token on the Binance network. If an FTM holder has a single FTM, they are eligible for staking the token on a Fantom wallet address. When a holder stakes the coin, it is automatically exchanged from ERC-20 FTM tokens or BEP-2 tokens to Opera FTM tokens. The only criteria to run a validator node on Fantom’s network is that at least 3,125,000 FTM has to be staked.

Staking on the Fantom network can be quite lucrative as the users can earn up to 4 percent annual percentage yield. Moreover, Fantom users can also benefit from Fantom’s Fluid Reward by locking FTM up for a pre-agreed time, which is usually from two weeks up to a year providing rewards as much as 12 percent APY.

Fantom blockchain also has a feature known as liquid staking, where a staker can mint FTM equally as their staked FTM. For instance, if a staker stakes 1 FTM, they will receive 1 FTM as a reward to be used as collateral in Fantom Finance, a DeFi application suite offered by Fantom. This feature enables Fantom users to get something a little extra out of their staked tokens. Fantom’s DeFi offerings include:

How to Buy Fantom Crypto?

If you are a beginner, buying Fantom can be a daunting task. However, with our step-by-step process, it gets quite simple. Here’s what you need to do:

You can buy FTM from exchanges such as Bitget, Binance, Hotcoin Global, and more. It is always recorded to research several crypt exchanges as they have different features and trading fees.

To create an account with these exchanges you have to provide your full legal name, email address, age, and government-issued ID. And, after finishing your KYC, you are good to go. But before that, you might need a crypto wallet.

You can leave your coins on the exchange but using hardware or a software wallet offers better security. If your exchange gets hacked, your coins will be safely stored in your wallet. Choose a wallet as per your needs and budget.

After setting up your online account and buying your wallet, all you need to do is fund your trading platform account with sufficient funds and you can buy FTM.

The Fantom blockchain is a promising dApps and DeFi ecosystem. The performance of the network is strong and it offers interesting features such as faster transactions, a scalable network, Fantom Liquid Staking, and more. Also, the network has the capability of running large-scale network interactions.

1. What is Fantom crypto?

Fantom crypto, also known as FTM, is Fantom blockchain’s native currency. Staking on the Fantom network can be quite lucrative as the users can earn up to 4 percent annual percentage yield. Moreover, Fantom users can also benefit from Fantom’s Fluid Reward by locking FTM up for a pre-agreed time, which is usually from two weeks up to a year providing rewards as much as 12 percent APY.

2. Is Fantom proof of work?

Fantom works on a “leaderless” proof-of-stake (PoS) consensus mechanism also known as Lachesis. It only takes a few seconds to finalize a transaction and it doesn’t need the arduous block confirmation of proof-of-work (PoW) networks.

3. What is Fantom built on?

Fantom is built on an aBFT consensus protocol that not only provides faster transactional speeds but also ensures the security of those transactions.

Get Started for Free