What is Zilliqa Coin and How Does it Work? 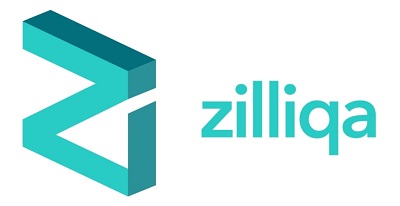 Zilliqa, a decentralized platform claims to have a transaction speed faster than the Ethereum network. But, what is Zilliqa coin? Find out in this brief guide.

Premised on the idea of sharding and aiming to improve the scalability of cryptocurrency networks such as Bitcoin and Ethereum, Zilliqa is a fast, and secure decentralized platform. The network claims to have a transaction speed that is a thousand times faster than the Ethereum network.

The development of the Zilliqa crypto network began in June 2017, and the testnet went online in March 2018. The platform's mainnet was introduced a little over a year later, in June 2019.

Because of Zilliqa crypto's high throughput, you can concentrate on creating your ideas rather than worrying about network congestion, excessive transaction fees, or security, which are all difficulties with the early layer-1  blockchain platforms.

What is Zilliqa Coin?

Users obtain the power to vote on network enhancements by owning and staking the Zilliqa coin, with each vote proportional to the amount of ZIL they stake.

Zilliqa coin, similar to Bitcoin, has a finite supply, which means that there will only ever be 21 billion ZIL.

How does the Zilliqa Crypto work?

The two primary pillars of the Zilliqa coin’s network are sharding technology and Practical Byzantine Fault Tolerance (pBFT). Here, the former is a structural technique for splitting the network into smaller blockchains and the latter synchronize the distributed network.

Sharding is a method of distributing a peer-to-peer (P2P) network's computational and storage workload. In this way, each node isn't held responsible for processing the complete network's operational load. Instead, each node solely keeps data about its own shard.

Zilliqa has a few advantages because it uses cutting-edge technology. Zilliqa is the first platform to implement sharding. This places it ahead of the competition.

It's a brand-new type of blockchain created to resolve scalability issues of any kind.

Nodes must stake ZIL before they can power the blockchain and vote on modifications, which means that everyone who possesses ZIL can assist in running the network. Before a micro block is finalized and integrated into a transaction block using pBFT, all nodes assigned to certain shards must agree.

For verifying the transactions, each node is awarded a piece of the block reward.

Where can you buy Zilliqa Coin?

Zilliqa coin, ZIL, is accessible for trading against fiat currencies, stablecoins, and other cryptocurrencies on several major cryptocurrency exchanges, such as

Is the Zilliqa Crypto Network safe?

The Zilliqa network is protected by a Practical Byzantine Fault Tolerance, or pBFT, consensus algorithm, which requires at least two-thirds of all nodes to agree on the accuracy of a record before it can be added to the blockchain. A set of nodes confirms a subsection of all transactions in each Zilliqa blockchain shard, and once each shard has attained unanimity, a secondary node in the network confirms the shards' cumulative outcomes and adds a new block to the blockchain.

The network's consensus procedure is secured using elliptic-curve encryption and enables for multiple signatures. Zilliqa uses a proof-of-work mechanism to assign node identities and build shards in complement to the pBFT consensus process that encrypts its transaction records.

Zilliqa boasts to be the first public blockchain to use a sharded network exclusively. This enables it to reach high bandwidth and a high rate of transactions per second, hence resolving the scalability issue, according to the company.

Zilliqa aspires to be the blockchain of choice for large-scale enterprise applications, including

1. What are micro blocks in the Zilliqa crypto network?

Each shard functions as its own blockchain, allowing nodes assigned to it to store data, process transactions, and add new micro blocks to the shard chain.

3. Is the Zilliqa crypto blockchain safe?

The Zilliqa Crypto Network has three parameters ensuring safety. They are:

Get Started for Free