The Top 5 Smart Contract Platforms of 2022 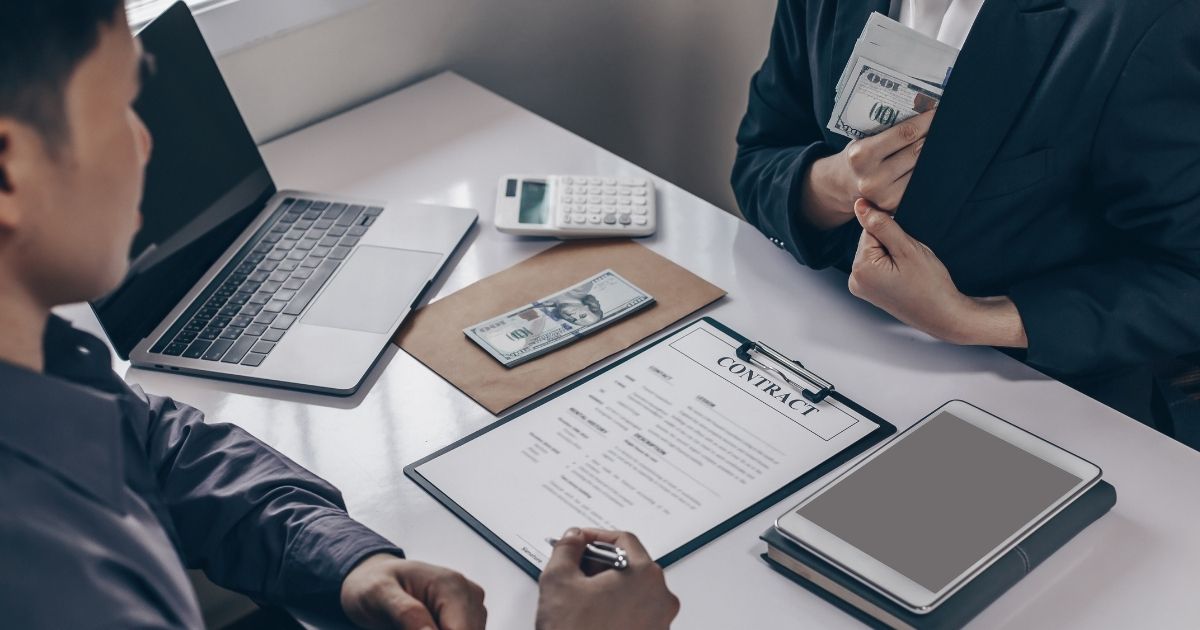 Since its launch in 2015, approximately $40 billion worth of investments have been made in the decentralized finance (DeFi) market. Thus, smart contracts platforms are growing at an unprecedented rate offering some of the best functionalities to their users. In this article, we hope to provide a smart contract cryptocurrency list. But for beginners in the blockchain space, let’s start with what smart contracts are.

What are Smart Contracts?

Smart contracts are self-executing contracts that have pre-defined rules or terms of agreements between two parties directly written into lines of code. The central theme of a smart contract is to increase the transparency of a transaction while lowering fees. Smart contracts allow anonymous transactions without any interference from an intermediary, legal system, central authority, or external enforcement mechanism.

What makes smart contracts important? Let’s say someone on the internet wants to buy your 2 BTC. He claims that he will wire the money to your bank account once you send him the tokens. Should you trust this random stranger you met on the internet? Of course not. This is where smart contracts make a world of difference. They offer the trustlessness aspect that a blockchain needs or in other words, smart contracts eliminate the need for trust in a transaction.

Quick fact: Trustlessness in blockchain means a network or a payment system doesn’t solely rely on placing your trust in one stranger, institution, or third party to function.

Now that we have briefly discussed the basics of smart contracts, it is now time to take a look at the list of smart contract platforms and evaluate them as to how they are performing against the undisputed Ethereum. Here are the top five:

Let’s discuss these platforms in detail.

Founded by Vitalik Buterin and four others, the project was launched as a decentralized solution that collected a total of $16 million in token sales after just two years in 2015.

Essentially, with ETH2, the network will shift from PoW to PoS (proof-of-stake) and introduce sharding and staking to make the network more scalable, decentralized, and secure. The credit of Ethereum’s success mainly goes to its brilliant move toward smart contracts. On top of it, a goal-oriented team of skilled developers has established the project as one of the go-to options for smart contracts for numerous individuals and organizations.

Polkadot is the fifth largest crypto project and a smart contract platform that comes a close second to Ethereum. It was created by one of Ethereum’s co-founders, Gavin Wood when he realized that Ethereum is yet to reach its imagined potential of a highly secure and scalable protocol.

With this realization, he started creating a blockchain of his own and launched Polkadot in 2020. It is supported by Web3 Foundation, a group of highly skilled and like-minded people with a mission to create a truly decentralized web.

Polkadot is known for processing more than 1000 transactions per second all thanks to the parachains running on its network. Parachains mean multiple chains inside the blockchain network also known as sharding, which helps a network scale and increases the number of transactions significantly.

Parachains grant Polkadot a certain level of flexibility to run multiple features that are also found in other projects such as UTXO transactions, ZK-snarks, smart contracts, and other decentralized technologies.

Even though Polkadot is still in its infancy stage, it has managed to reach fifth place in the leaderboards. Therefore, it is a strong candidate for the smart contract throne.

Solana is third on our smart contract cryptocurrency list. It is designed to solve the blockchain trilemma by bringing scalability to smart contracts all while maintaining decentralization and security.

Boasting approx. at 65,000 transactions per second, Solana handles millions of transactions a day. Solana makes it possible with its proof of history consensus protocol and its transactions fees, which is a thousand times lower than Ethereum.

Created by former software engineers from reputed organizations such as Intel, Qualcomm, and Dropbox in 2017, Solana has quickly climbed the ranks of the crypto ladder. Solana is known for staking, scalability, and governance just like Polkadot but instead of relying on parachains, Solana relies on proof of history and Tower Byzantine Fault Tolerance for the smooth operation of the network.

Additionally, it hosts a decentralized applications ecosystem consisting of several in-demand DeFi and CeFi products. To develop dApps, developers don’t have to learn a new programming language as it is written with C or Rust.

Avalanche (AVAX)’s blockchain platform is smart contract proficient and it focuses on three aspects: transaction cost, speed, and sustainability. It was launched by Ava Labs in 2020 and it grew in popularity so quickly that it is in the top ten today.

Avalanche is composed of three blockchain networks, the Exchange Chain (X-Chain), the Contract Chain (C-Chain), and the Platform Chain (P-Chain). Instead of loading a single blockchain to do all tasks, each of its networks is designated to handle a single task making it agile and enabling it to achieve security, decentralization, and scalability.

Avalanche uses the Exchange Chain or X-Chain to create and transact its assets. The smart contracts are run by C-Chain and are EVM compliant. It means that anyone can employ Ethereum’s smart contracts on the Avalanche network. It is important because current Ethereum apps like DeFi titans Aave are easily deployable on Avalanche. Here, developers have the liberty to use Ethereum tools while using Avalanche’s features after deploying Ethereum smart contracts.

With the Platform Chain or P-Chain anyone can build a layer 1 or layer 2 blockchains. A developer can push the limits of this network and can even create a bunch of blockchains. Avalanche calls them subnets with P-Chain as the main subnet common in all.

When we talk about Binance Smart Chain (BSC) we might wonder that a decentralized smart contract exchange designed by a centralized exchange is not possible. However, BSC is created as an alternative to Ethereum and to capture the decentralized DeFi market.

It runs parallelly with the original Binance Chain but the BSC supports smart contracts and is compatible with EVM. BSC works on its own Proof-of-Stake-Authority (PoSA) consensus mechanism that processes transactions and rewards stakers. With this consensus model, blocks are generated every three seconds and to become a validator on the network, all you need to do is stake BNB.

As we mentioned earlier, it is compatible with Ethereum and therefore developers can easily port Ethereum dApps to BSC. Since BSC is created by the largest retail crypto exchange in the industry, it is already quite high up in the charts of smart contracts. Also, developers have adopted the platform to create their own DeFi platforms. Just like the top four on our smart contract cryptocurrency list, BSC offers interoperability, high transaction output, and low fees as well.

1. What is special about smart contracts?

Smart contracts are self-executing contracts that have pre-defined rules or terms of agreements between two parties directly written into lines of code. Smart contracts allow anonymous transactions without any interference from an intermediary, legal system, central authority, or external enforcement mechanism.

Smart contracts are as useful as the simplicity that they bring to the table. The central theme of a smart contract is to increase the transparency of a transaction while lowering fees.

3. How do smart contracts work?

Smart contracts are self-executing contracts that have pre-defined rules or terms of agreements between two parties directly written into lines of code. Smart contracts are generally used to automatize the agreement’s execution so that parties involved are assured of the result without any interference from an intermediary, legal system, central authority, or external enforcement mechanism.

4. What is the best blockchain for smart contracts?

5. Does ripple use smart contracts?

No, Ripple does not support smart contracts. However, Ripple labs struck gold when they built XRP, a cryptocurrency focusing on payments and cross-border remittances.

6. Is Solana better than Eth?

Even though Solana can process more transactions than Ethereum, Developers leverage EMV to create applications via Solidity, a smart contract writing object-oriented programming language. On top of it, a goal-oriented team of skilled developers has established the project as one of the go-to options for smart contracts for numerous individuals and organizations. Solana on the other hand has quickly climbed the ranks of the crypto ladder. Solana relies on proof of history and Tower Byzantine Fault Tolerance for the smooth operation of the network.

7. Does Litecoin have smart contracts?

Yes, Litecoin has smart contracts. The Litecoin foundation introduced OmniLite, built on Litecoin’s blockchain, which will enable the deployment of smart contracts, NFTs, and decentralized tokens.
Get Started NowSign up for newsletter