What Are Play-to-Earn (P2E) Blockchain Games? 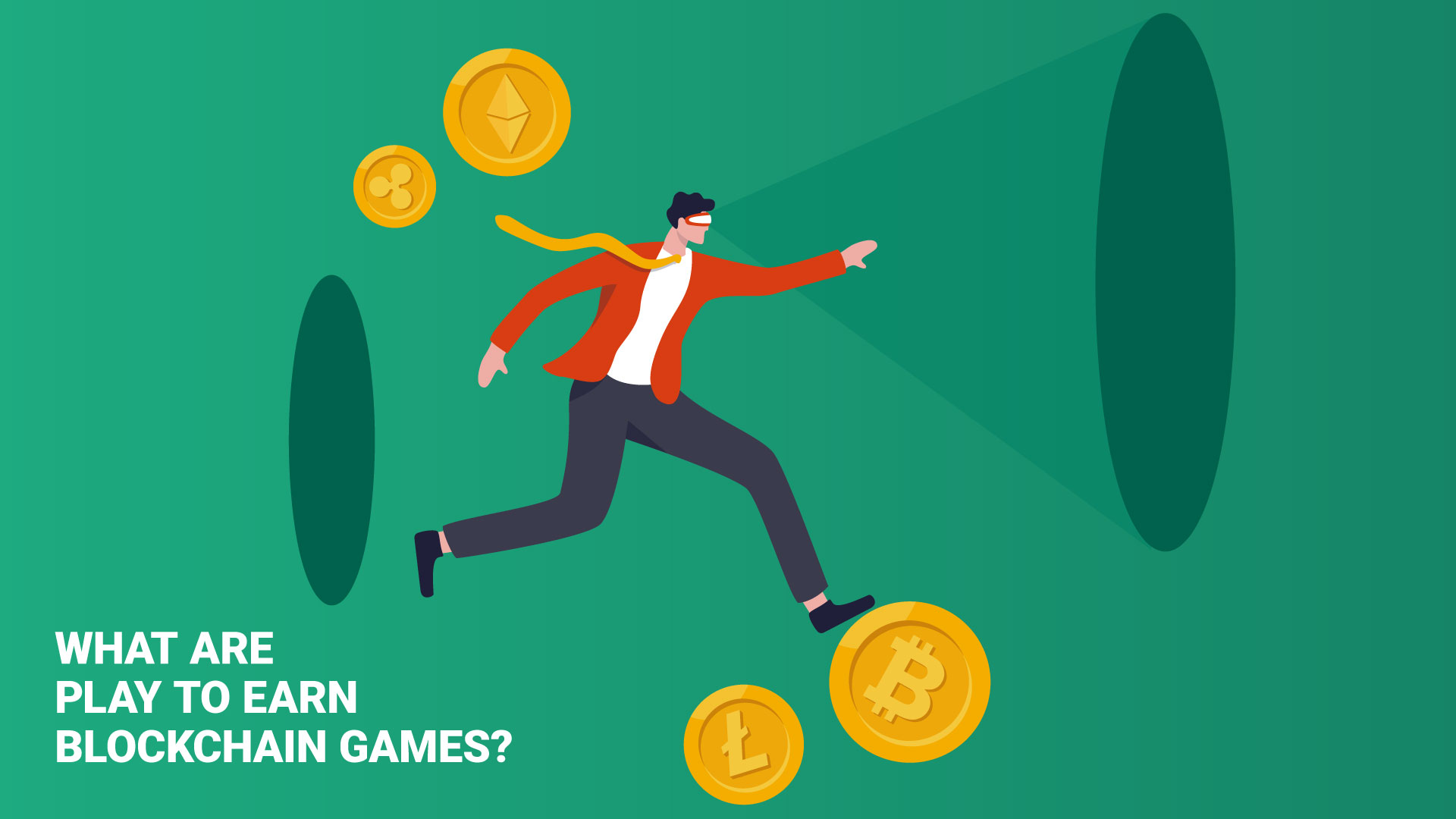 Video games are becoming society’s favorite form of entertainment, growing faster than television and movies. While most people play games to escape from reality, others rely on them for income. Gold farming and unofficial marketplaces for in-game items have been around since the rise of online gaming—particularly in low-income countries.

Blockchain technologies, like NFTs, could make play-to-earn games more popular. For example, Axie Infinity, a Pokemon-style battle game, has over 250,000 daily active players with more than 90,000 ETH traded on its in-house marketplace. In fact, the income potential is so great that some players earn enough to make a living.

Let's take a closer look at play-to-earn games and why they could become the next big thing in entertainment.

Play-to-earn games could become the next big trend in entertainment—and bring crypto mainstream.

What Are Play-to-Earn Games?

Play-to-earn (P2E) games reward players with real-world value. For example, many blockchain-based P2E games mint NFTs to represent characters, in-game items, or virtual land. These NFTs can be bought and sold outside of the game, just like any other type of NFT, enabling players to earn cryptocurrency based on gameplay.

There are two huge benefits of P2E NFTs:

In addition to NFTs, many play-to-earn games have in-game economies that leverage conventional fungible tokens. Players earn these tokens by completing quests, battling other players, or participating in additional gameplay. These tokens enable in-game purchases or unlock specific capabilities while also providing income if sold on a crypto exchange.

Play-to-earn games have become so lucrative that some people use them to earn a living wage. For instance, Axie Infinity Scholarships enable players to rent other players' characters—enabling them to earn without the high initial cost—while providing a stream of passive income for Axie owners when they're not actively playing the game.

Axie Infinity is by far the most popular play-to-earn game. Players collect NFT-based cartoon monsters, known as Axies. Each Axie has unique strengths and weaknesses that players can harness to earn Smooth Love Potion (SLP) tokens in PvE Adventure Mode or PvP Arena Mode. Players can then burn these tokens to breed Axies.

Some play-to-earn games combine the concept of NFT ownership with decentralized finance, or DeFi. For instance, Aavegotchi is an open-source, community-owned NFT gaming protocol that provides players with a yield-generating digital pet. Players stake Aave's aTokens inside the NFT characters, generating a yield over time.

Other popular P2E games include:

Most play-to-earn games are simple proofs of concept by modern gaming standards. But, many gaming studios are looking to cash in on the growth in crypto and create new ways to monetize their content. As a result, there has been some tension between the traditional gaming community and studios introducing P2E game models.

Many people using games to decompress or relax don't want to introduce real-world economic models into gameplay, saying that gaming could turn into a capitalist endeavor that fuels stress and addiction. In other words, they fear gaming could become a lot more like a second job or a visit to the casino than relaxing and watching a movie.

Despite these concerns, Reddit Co-Founder Alexis Ohanian recently said that P2E would be 90% of the gaming market in five years. In particular, he believes that people will naturally want compensation for their time. Furthermore, he believes that P2E games will eventually be just as fun as traditional games, but you'll be able to earn value.

Play-to-earn games could trigger a significant number of taxable events. While the IRS guidance has been scant, gamers should take a conservative and proactive approach to prepare for tax season by understanding what they might owe. Fortunately, tools like ZenLedger simplify the process by aggregating transactions for you.

ZenLedger makes it easy to track fungible and non-fungible tokens across wallets and exchanges. In addition to aggregating transactions and computing capital gains or losses, the platform autocompletes IRS forms you need and even integrates with TurboTax. You can also identify ways to save throughout the year using strategies like tax-loss harvests.

The Future of Play-to-Earn Games

Play-to-earn games are evolving in parallel with the metaverse—virtual worlds where players can meet up and interact. For instance, Decentraland has already sold millions of dollars worth of virtual land in its metaverse. P2E capabilities could eventually become a part of these metaverses as the industry matures.

The decentralized nature of NFTs also means that these in-game items could be transferable between games and metaverses. In the future, an in-game item could be wielded by a player's avatar in a metaverse and vice versa. Of course, the protocols for this level of interoperability remain at an early stage and in active development.

In the meantime, there are some hurdles that the industry will have to overcome. For instance, Axie Infinity is already facing diminishing returns as users cash out their earnings instead of reinvesting them into the game. In addition, the game has a minimum buy-in of more than $300, making it inaccessible to many players.

Play-to-earn games have become increasingly popular. While not everyone is on board with incorporating real-world economics into video games, the crypto community continues to push the envelope and develop cutting-edge games. One day, P2E capabilities could become an integral part of tomorrow's metaverse.

If you buy, sell, or trade cryptocurrencies, ZenLedger can simplify taxes and ensure that you don't run into problems with the IRS. Whether you work with an accountant or use TurboTax, you can streamline tax preparation and significantly lower your total costs by aggregating transactions across wallets and exchanges.