Cryptocurrency Airdrop: What Is It And How Can You Collect Free Coins? 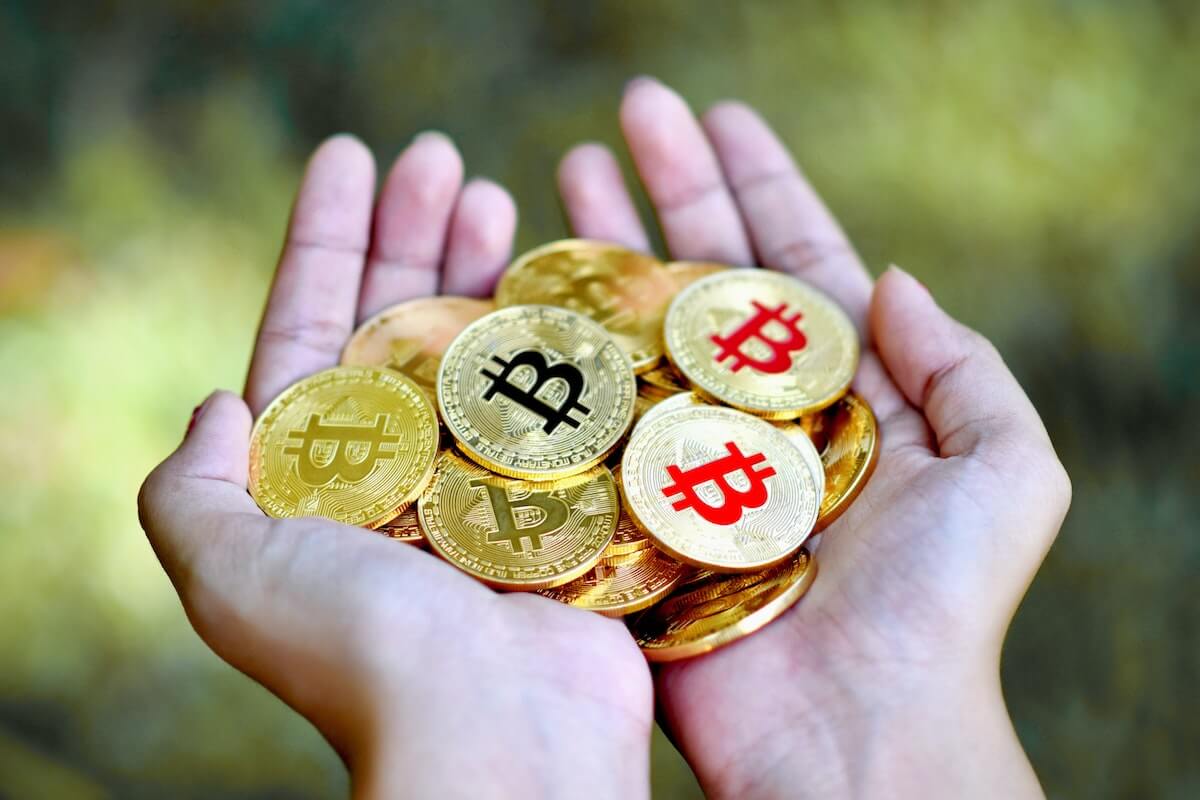 If you’re lucky, and you’ve been HODling major cryptocurrencies such as Bitcoin and Ethereum for a while, you may remember waking up one day to find an extra random token routed to your wallet’s address. If so, congratulations! You’ve had the pleasure of being the beneficiary of a cryptocurrency airdrop.

If you’re like most people, you probably looked up the obscure coin on Google to find out what it was. At least that’s what the token creator was likely hoping for when they airdropped a coin into your digital wallet. Everyone loves free money, and in a world where Facebook, Google, and Twitter have started cracking down on conventional advertising for exchanges, gifting free coins in the form of crypto airdrops to the community can be a cost-effective advertising strategy.

In this article, we’ll dive into cryptocurrency airdrops and how you can start collecting your own free coins via crypto airdrop. Additionally, we will also explore how crypto airdrop taxes are calculated and reported.

A cryptocurrency airdrop is when a cryptocurrency enterprise distributes its tokens directly into the wallets of a group of users. This is performed with the idea to leverage the existing cryptocurrency community to spread awareness, and to reward them for being early adopters.

The benefit for the startup distributing free coins through an airdrop includes:

While the initial hype and adoption numbers may seem temporary, the cryptocurrency startup is banking on at least some of those users continuing to use their tokens, which can help increase the trading volume of their new coin once it gets listed on an exchange.

‍Now that we have established what is airdrop cryptocurrency, let's get to understand what your typical crypto airdrop might look like:

There are some caveats depending on the exact situation of the blockchain project hosting new airdrops. Sometimes you get your new coins right away. Other times you could be waiting months. Other times there’s no press at all, and the project will randomly distribute coins to some users on the relevant blockchain. The networking effects still apply, because simply owning a coin might make you more likely to notice the coin on cryptocurrency market listings or click a related article.

The real benefit of getting the tokens into the wallets of users is potentially seeding a community of people who own and therefore have a vested interest in the new coins. This could lead to an appreciation of value, which means more capital for the blockchain project, which is usually the single largest holder of the coin in the early stages.

Let’s take a closer look at the situations where a cryptocurrency enterprise might conduct a crypto-airdrop.

As we discussed in our definition, drumming up hype and raising awareness are some of the main reasons behind crypto airdrops. Typically this involves a series of conventional marketing promotions and social media outreach to tease the pending giveaway and signup users on a list. Then when the date arrives, those who signed up on the list receive their tokens.

‍A hard fork occurs when a major difference in opinion within a blockchain community causes one or both camps to go their separate ways. Usually, a new protocol splits from the old protocol and must award its new users new tokens equivalent to the amount they owned in the old protocol.

Because the entire blockchain is cloned, everyone on the old blockchain prior to the hard fork is entitled to the coins on the new fork. Typically, the new coins will automatically be assigned to a wallet without any action required on the part of the user.

In both cases, you’ll need to make sure you have a valid cryptocurrency wallet in order to receive your free tokens. We’ll dive more into the specifics of participating in an airdrop in the next section.

Airdrop tokens are sometimes distributed as rewards. Some blockchain companies will launch and be fully functional, but don’t have their own native token. More often than not, as a protocol decentralizes, they will need to have a governance token distributed so that the protocol can be governed in a decentralized nature. These tokens will often be distributed to the earliest and/or most frequent users as a reward for their participation.

‍ How To Participate In Crypto Airdrops?

‍Ready to start collecting your free tokens? Here’s how:

That first step, setting up a cryptocurrency wallet, is easily the most important step on this list. You need an address in order to receive your free tokens.

Lists are often validated with a snapshot of the blockchain up to the date of the airdrop. Having a transaction history on that blockchain is often all you need to receive your free tokens. And there’s always the chance you’ll receive free tokens in the event of a blind airdrop or hard fork.

It stated that new coins obtained by an airdrop are taxed as regular income. As a result, you owe income taxes on any LEGITIMATE new coins you received/claimed in an airdrop; this does not include scam/marketing coin airdrops.

But how are crypto airdrop taxes calculated? Let’s find out:

The taxation of an airdrop is determined by where you reside and, in certain cases, the reason you got the airdrop. Receiving an airdrop is tax-free in certain countries, such as Canada and Germany, although this is the exception rather than the rule.

Instead, most countries, notably the United States, Australia, and the United Kingdom, have chosen a more active approach. Typically, tax authorities like the IRS consider airdrops to be a kind of income, similar to receiving a bonus, making them taxable as Income Tax.

When you sell or trade coins that you received from an airdrop, you will be liable to Capital Gains Tax, just like any other asset. As a result, in some countries like the USA, an airdrop will be taxed twice! And the fair market value at the time you claim your airdrop is the cost basis of your airdropped coins.

Jack began trading cryptocurrencies on Uniswap in 2020, making him eligible for the September Uniswap token airdrop (400 UNI). On September 17th, when UNI was trading at $2.3 per token, Jack acquired the tokens. He subsequently sold all of his tokens the next month at a price of $6.3 per token.

So for the coins that he received, Jack will have to pay income tax. For the profit from selling these coins, he’ll have to pay capital gains tax. So, let's calculate how much crypto airdrop taxes Jack owes and how he should report it on his tax return next year.

This sum also serves as the cost basis for his UNI holdings, which were sold the next month. The entire profit from the sale of 400 UNI tokens is computed as,

The next step is to calculate his capital gains,

Now that we know how to calculate crypto airdrop taxes, it is essential to know how to report them. So, Jack’s income of $920 should be recorded on line 21 of Schedule 1 of Form 1040 as Other income. And the gain of $1,600 which is categorized as capital gains, has to be reported on IRS Form 8949.

Well, no catch. At least there shouldn’t be. Unfortunately, if there’s one thing that isn’t scarce in the world of cryptocurrency, it’s scams. Remember when ICOs skyrocketed in 2017? This led to a surge in scams that eventually caused governments to tighten regulations and Facebook, Twitter, and other tech giants to ban conventional advertising of ICOs and cryptocurrencies on their platforms.

The ability to circumvent these advertising restrictions using airdrops makes any momentary loss of capital in giving away the free currency well worth the appreciation expected from a surge in adoption. Unfortunately, the rise in popularity of airdrops also means scammers are sure to follow. Unlike ICO scams, where a charismatic figure or marketing team could convince you to invest in an empty project,  airdrop scammers are limited to identity theft.

There are things you can do to greatly reduce the chance you’ll be scammed:

Remember that it’s in the best interest of legitimate blockchain projects to make the airdrop go as smoothly as possible. That means you can expect to see them active on all the appropriate social media channels, and signup will be simple. A legitimate airdrop will never require your private key, only a valid wallet address.

Keep in mind that airdrops may still be treated as securities, which means tax may be owed on their value.

ZenLedger crypto tax software can help you figure out your tax obligations for any airdrops as well as other cryptocurrency investments. Try it out for free now!

1. Where can I get free crypto airdrops?

There are multiple platforms out there to get free crypto airdrops, however, here are the top four as rated by users:

When venturing into the world of crypto airdrops, it must be kept in mind that this activity needs to be carried out with great prudence, just like you would for anything on the internet. In other words, yes, crypto airdrops are safe but they are not safe if it comes from a suspicious source. For example, if you are added to an unsolicited group on Telegram and the bots ask you to download a new unknown wallet, the risk obviously exists and it could very well be malicious software trying to scam you of your existing funds.

3. Can you make money from airdrops?

Getting a free crypto token in the form of a crypto airdrop in itself is a process of making money! You can always make money from airdrops by selling the airdrop when the value of that crypto enables you to make profits!

4. Do you pay taxes on crypto airdrops?

In 2019, the Internal Revenue Service issued Rev. Rul. 2019-24, which outlines the tax status of coins received via airdrops. It stated that new coins obtained by an airdrop are taxed as regular income. As a result, you owe income taxes on any LEGITIMATE new coins you received/claimed in an airdrop; this does not include scam/marketing coin airdrops.
The IRS considers airdrops to be a kind of income, similar to receiving a bonus, making them taxable as Income Tax, and selling them for a profit qualifies as capital gains tax.
Get Started NowSign up for newsletter