What is Web3 & Why It Matters 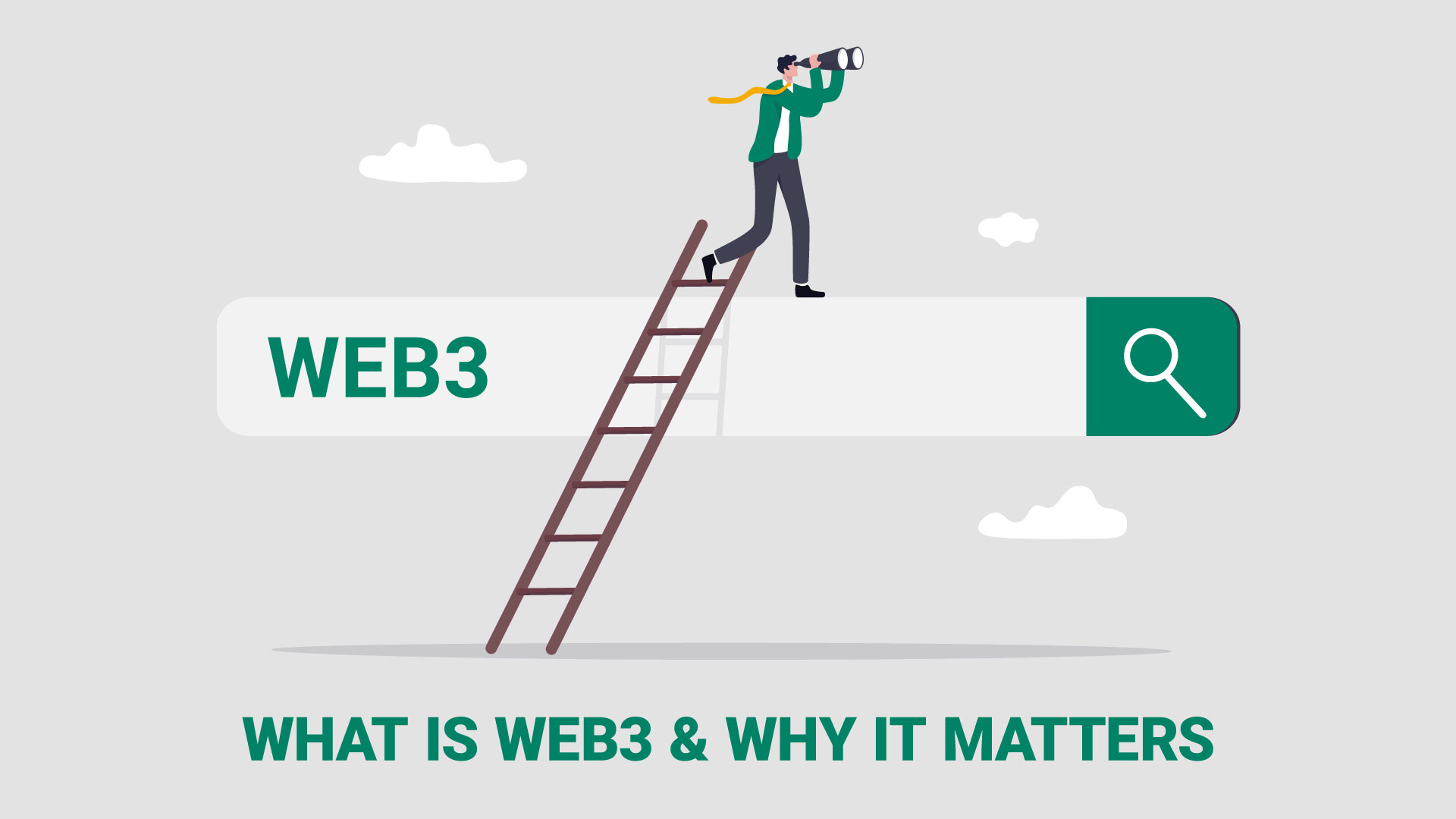 New technology trends always induce a certain level of skepticism as early evangelists make huge promises, companies issue press releases, and publishers sensationalize headlines. But, rather than dismissing these technologies, it's worth looking at the core principles at play. After all, the dot-com bubble eventually yielded today's most prominent companies!

Let's take a closer look at Web3, or Web 3.0, and what it means for the future of the internet.

Web3 represents the third major shift in the internet's fundamental make-up, opening the door to new and exciting possibilities.

The internet dates back to October 1969, when ARPAnet delivered the first node-to-node communication between two computers. Then, in the 1980s, researchers built the TCP/IP, enabling different computers on different networks to communicate. Finally, in 1993, Tim Berners-Lee released the first web browser to the public.

Since its launch, the internet has evolved in three distinct phases:

Of course, progress never fits cleanly into categories. For example, Geocities and other personal web hosts enabled Web 2.0-like capabilities, like blogging, during the Web 1.0 time period. And Web 3.0 is still on the horizon, meaning many of the specifics remain undefined or up for debate, although there are several core principles.

The Web3 Foundation, a group that funds Web3 research and development, outlines three core principles that have come to define the revolution. These principles will form the foundation for all Web3 infrastructure and ultimately guide the development of Web3 applications and use cases over the coming years.

#1. Users Own Their Data

Using the blockchain, users can store encrypted data across thousands of servers. As a result, the data is always accessible (e.g., it's not on a centralized server controlled by a large corporation), and users can choose when to share it with others. These changes could ultimately shift control of data from large corporations back to individuals.

These dynamics apply to all kinds of data. For instance, Unstoppable Domains lets anyone register domains as non-fungible tokens with no renewal fees, minting fees, or gas fees. In other words, the domains are owned by individuals rather than rented on a subscription basis from a registrar, as they are in the Web2 world.

Most people have been the victim of a data breach. For instance, in June 2021, LinkedIn experienced a data breach that compromised 700 million accounts. Web 2.0 involves trusting a network of intermediaries to safeguard user information—a network that is becoming increasingly unreliable and unaccountable for their actions.

Blockchains make transactions more secure by removing intermediaries. For example, individuals enter a payment amount and the seller's public key via a wallet rather than entering a credit card. That way, the seller never requires a credit card number or other personal information that hackers could steal in a data breach.

Zero-knowledge proofs (ZKPs) could also let individuals prove they meet requirements without providing sensitive information. For instance, imagine a bank confirms a customer's annual income and stores it on a public blockchain. Then, if the customer wants to buy a car, a seller could use a customer's public key to confirm they meet a minimum requirement.

The original Web 1.0 was a highly decentralized network of computers sharing information. However, with the rise of Web 2.0, a handful of large corporations began to centralize and monetize that data. Web 3.0 aims to decentralize these networks and bring the power back to individuals while opening the door to a much more exciting internet.

Many projects aim to usher in a new decentralized era. For example, IPFS is a peer-to-peer hypermedia protocol that eliminates the need for backbone providers, preserves content forever, and significantly improves bandwidth. In essence, the technology breaks up websites into small chunks, encrypts them, and stores them across the entire network.

Some examples of Web2 vs. Web3 include:

That said, there are still some hurdles for Web3 to overcome before going mainstream. For example, Web3 transactions tend to be slower because they're decentralized and must be propagated throughout a network. The good news is that plenty of Web3 organizations are working on overcoming these challenges to deliver the many benefits.

Web3 technologies promise to unlock a new era of possibilities for end-users. For example, the metaverse could dramatically change how people interact for business or pleasure. Using NFTs, Decentraland and other metaverse platforms have already built sizable communities. In the future, a decentralized internet could enable cross-metaverse collaboration.

Web browsers, like Brave, are also giving users control over their data and attention. Rather than showing ads on websites, Brave offers ads to users through the browser and generates cryptocurrency that users can either keep in their own crypto wallets or distribute to websites based on their actual usage (e.g., longer reading times donate more crypto).

Of course, there will also be challenges. The IRS treats cryptocurrencies as property, meaning they're subject to capital gains taxes. So if you mint an in-game item as an NFT and sell it, you may be responsible for taxes on any gains—even if you never convert them to dollars. The good news is that tools like ZenLedger make it easy to track and pay these taxes.

Web3 could significantly reshape the internet over the coming decade, opening the door to new and exciting possibilities. Of course, the transition to a secure and decentralized internet will not occur overnight, but consumers and investors should watch these trends.

If you're involved in crypto, ZenLedger can help you aggregate transactions across wallets and exchanges, compute your capital gains or losses, and complete your taxes accurately.