What Are the Legal Implications of the Metaverse? 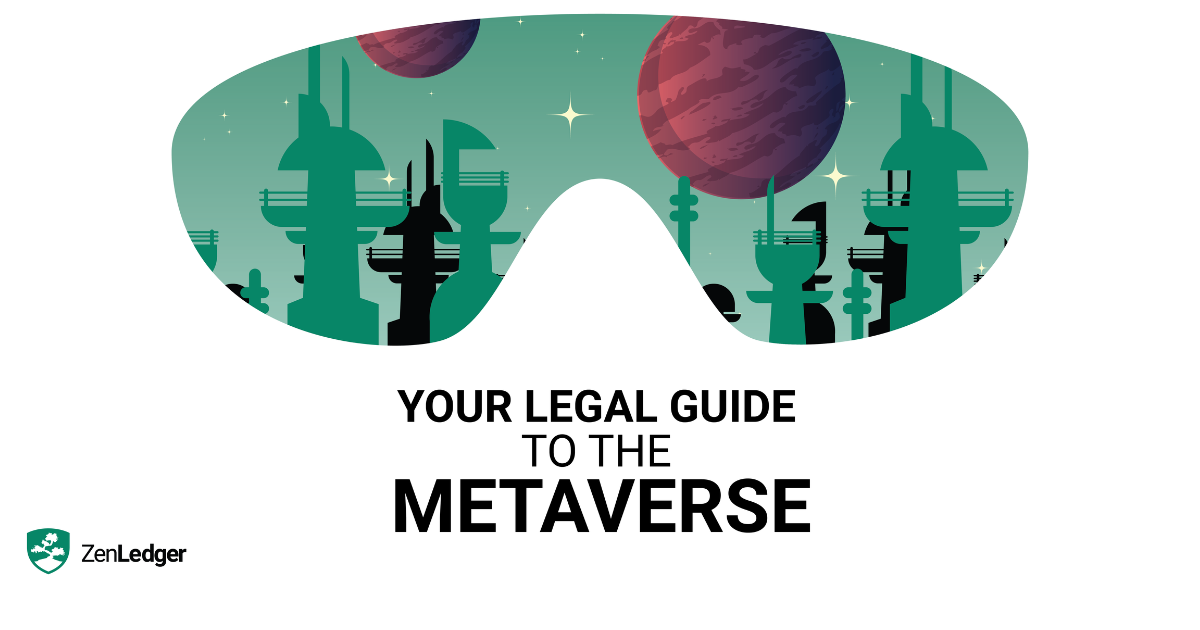 Facebook founder Mark Zuckerberg once said, "move fast and break things." Since then, the phrase has become Silicon Valley's creed, with startups breaking down barriers to grow faster. Of course, these barriers often include laws and regulations. For instance, rideshare companies introduced legal questions about taxis and labor laws, setting off conflicts in courtrooms around the world.

The metaverse – a collection of technologies that promise to reshape our world – will likely spark its own legal debates. In fact, many metaverse building blocks, such as cryptocurrencies, have forced regulators to rethink how to apply existing laws. Companies are already facing antitrust, privacy, and other legal issues.

Let's take a closer look at these potential legal issues and how they might play out as the metaverse becomes a reality.

The metaverse is quickly becoming a reality, but thorny legal questions remain unsolved. We look at four legal gray areas and the potential implications.

Tech companies are no strangers to data security and privacy issues. While the early Web 2.0 days were a free-for-all for harvesting user data, Europe's GDPR and California's CCPA put strict limits on the information companies could collect and how they could use that data. And these rules are likely to become more stringent over time.

The move to create standards between different metaverse platforms could also lead to antitrust issues. While these laws permit pro-competitive technical standards, the standard-setting process could result in antitrust concerns. Agreements between platforms will also have to meet pro-competition standards to avoid problems.

The good news is that Web 3.0 technologies promise to rip down the walled gardens of Web 2.0, put control back into users' hands, and create open standards. For example, Ethereum and other blockchains can facilitate the creation, purchase, and sale of non-fungible tokens (NFTs), facilitating cross-platform economics.

The metaverse incorporates artificial intelligence and decentralization elements, introducing new questions about intellectual property. For example, if a thief steals an NFT, does the original owner still hold the right to commercialize it? And what happens to a sub-license when someone sells an NFT to another party?

The rise of artificial intelligence has sparked similar debates. For instance, if an art-producing AI algorithm uses public data for learning and inspiration, who owns the resulting artwork? Where is the line when taking inspiration from existing artwork or other materials and converting it into something new?

And finally, decentralization promises to introduce challenges to IP ownership. When a decentralized community creates something, how can the legal system determine the identity of the owners? How can you enforce IP rules with anonymous creators? These uncertainties could make it difficult for courts to implement fair use.

The good news is that blockchain technologies could help solve some of these questions. By codifying IP rules in smart contracts, creators and consumers can agree and abide by regulations without needing a court to enforce them. Decentralized autonomous organizations (DAOs) can help these rules evolve over time.

The metaverse promises to introduce a vibrant new digital economy, enabling anyone to become a revenue-generating creator or stakeholder. But with regulations just starting to catch up with basic digital assets, the growing complexity of decentralized finance (DeFi) and other metaverse economic models could create challenges.

For example, the security-like properties of specific tokens have led the Securities and Exchange Commission (SEC) to take action. In July, the SEC filed its first insider trading case to declare nine digital tokens as securities, alleging that a former Coinbase product manager engaged in insider trading by giving his family and friends tips.

At the same time, the IRS continues to provide scant guidance on the tax treatment of cryptocurrencies. For example, it's unclear if non-fungible tokens (NFTs) are subject to higher collectibles tax rates. Other rules are potentially misguided. For instance, the current tax law fails to account for the dilutive effects of staking rewards.

Facebook (Meta) has already introduced a safety feature to its Horizons World metaverse that prevents avatars from coming within a certain distance from another avatar. That said, the blurring line between reality and virtual reality could make these kinds of crimes more significant and impactful over time.

Metaverse platforms may struggle with the same challenges that social media platforms face today. Namely, they may be responsible for moderating content and preventing crime on their platform. In addition, these platforms could face increased scrutiny from government regulators and prosecutors for crimes.

The metaverse is quickly becoming a reality, but at the same time, companies and individuals involved in the space should be aware of the legal risks and ambiguities. From intellectual property rights to criminal activity, the metaverse is likely to face a wide range of legal challenges over the coming years as it becomes more popular.

If you trade cryptocurrencies, ZenLedger can help you aggregate transactions across wallets and exchanges, compute your capital gain or loss, and populate the IRS forms you need each year. That way, you don't have to worry about overpaying or underpaying your taxes.