How Web3 Will Reshape the Internet & Change Our Lives 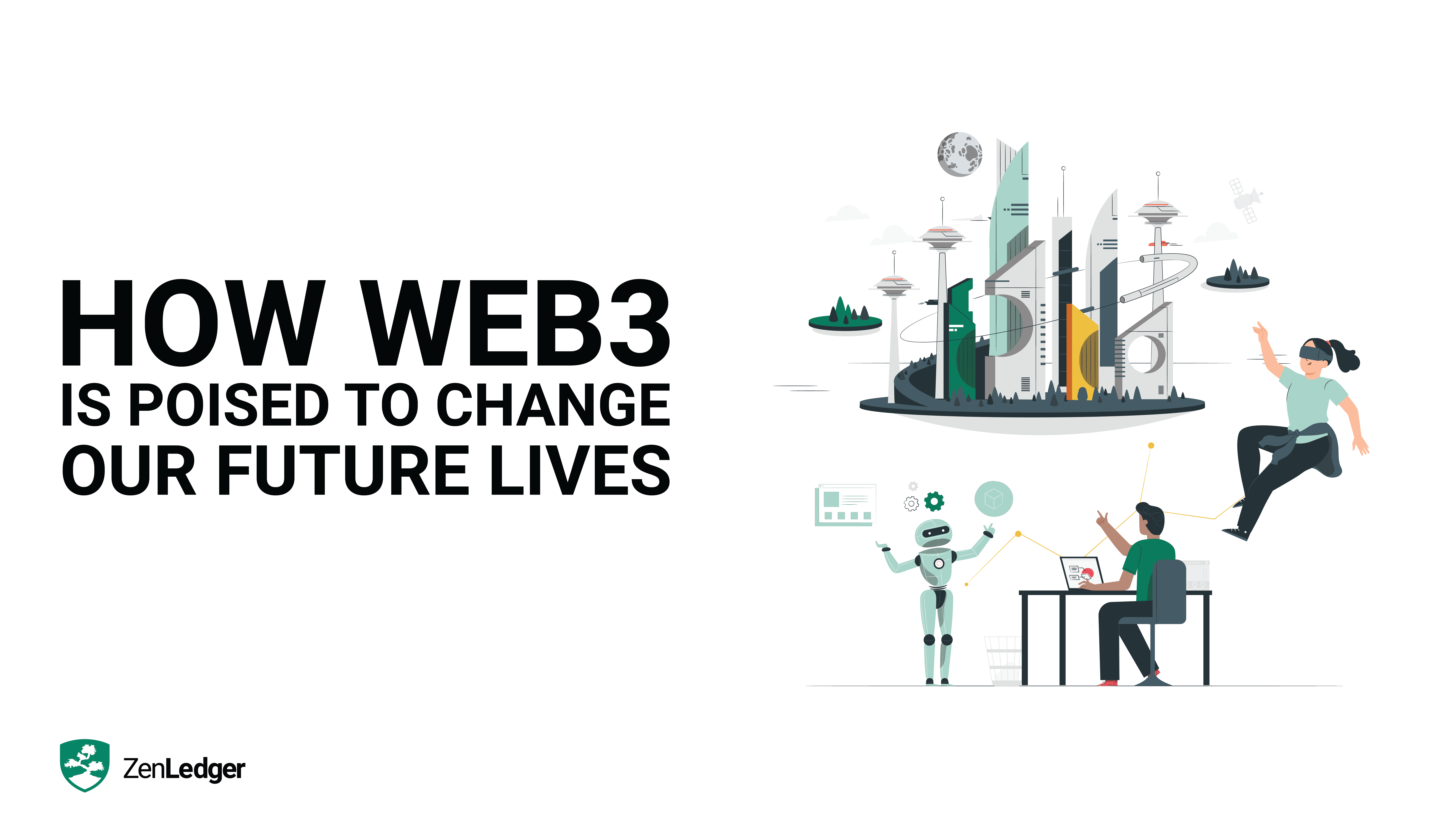 The tech world is full of ambiguous acronyms, from the "cloud" to the "internet of things." While Web3 appears similar on the surface, the term has a real meaning that could reshape the Internet over the coming years. It refers to a new kind of "decentralized" Internet that combines today's Internet with a host of security, privacy, and other benefits.

The Web3 era is comparable to PCs in the 1970s – the early stage technology was there, but few could predict that 80%+ of the workforce would use them daily in just 20 to 30 years. The principles that underlie Web3 could pave the way for everything from ultra-secure online voting that reshapes democracy to employees that work entirely in the metaverse.

Let's take a closer look at the origins of Web3, examples in today's world, and how it could reshape the future of the Internet.

Web3 combines today's Internet with security, privacy, and other benefits that could reshape the web as we know it.

The Internet has evolved over the years in at least three major phases. Until the early 2000s, Web 1.0 featured a handful of prominent websites and search engines along with thousands of personal web pages. Then, the rise of Facebook ushered in a new era of Web 2.0, characterized by social media giants operating walled gardens.

Web 3.0, or Web3, aims to bring the Internet back to its roots. Using decentralization, the next iteration of the Internet aims to break down walled gardens and put the power back into the hands of users. For example, content owners can deliver content to users without intermediaries, and assets can readily move across platforms.

While Web3 technologies offer many benefits, there are some trade-offs to consider. For example, blockchain transactions are inherently irreversible, making fraudulent transactions a significant problem. And the private nature of Web3 technologies could make it impossible to censor data that shouldn't be available to the public.

Several Web3 technologies are already available today, but they only scratch the surface of what's possible over the coming years. As blockchain technology, cryptocurrencies, browsers, and other building blocks of the Web3 ecosystem mature, the capabilities of these platforms and the number of options available to consumers will increase.

A few examples of today's Web3 technologies include:

In addition to these Web3 concepts, the metaverse is also starting to find its footing in 2022. NVIDIA’s Omniverse is capable of creating simulations to train robots and autonomous vehicles, while Facebook’s Oculus and Google Glass are merging physical and virtual worlds. These trends could soon usher in a new digital era.

What's Next for Web3?

The evolution of Web3 hinges on the development of new technologies. For instance, the initial version of Unstoppable Domains had extremely high gas fees, with a single domain registration costing upwards of $200. Fortunately, the rise of the Polygon blockchain enabled the company to lower these fees to zero, allowing anyone to mint NFT domains.

Some trends to watch over the coming years include:

Anyone interested in the future of Web3 can follow the roadmaps set forth by the Web3 Foundation (W3F). Backed by major players in the industry, the organization has laid out a roadmap to bringing Web3 to market and provides funding for projects developing many of the core components and infrastructure necessary for success.

Of course, future Web3 technologies could also see their fair share of pushback. For instance, the U.S. government recently added Ethereum coin mixer Tornado Cash and addresses associated with the service to its Specially Designated Nationals list – a classification that typically applies for terrorist organizations and enemy nation states.

Web3 technologies are already reshaping a small corner of the Internet, but over the coming years, they could unlock greater privacy, security, and other benefits. Anyone interested in the crypto space should keep an eye on these developments, particularly when looking to invest in the people and projects pushing the envelope.

If you trade cryptocurrencies or other crypto assets, ZenLedger can help you aggregate transactions across wallets and exchanges, compute your capital gain or loss, and auto-populate the IRS forms you need each year. In addition, we can help you identify opportunities to save through tax-loss harvesting – particularly amid the crypto winter.