What is a Rug Pull & How to Avoid Them 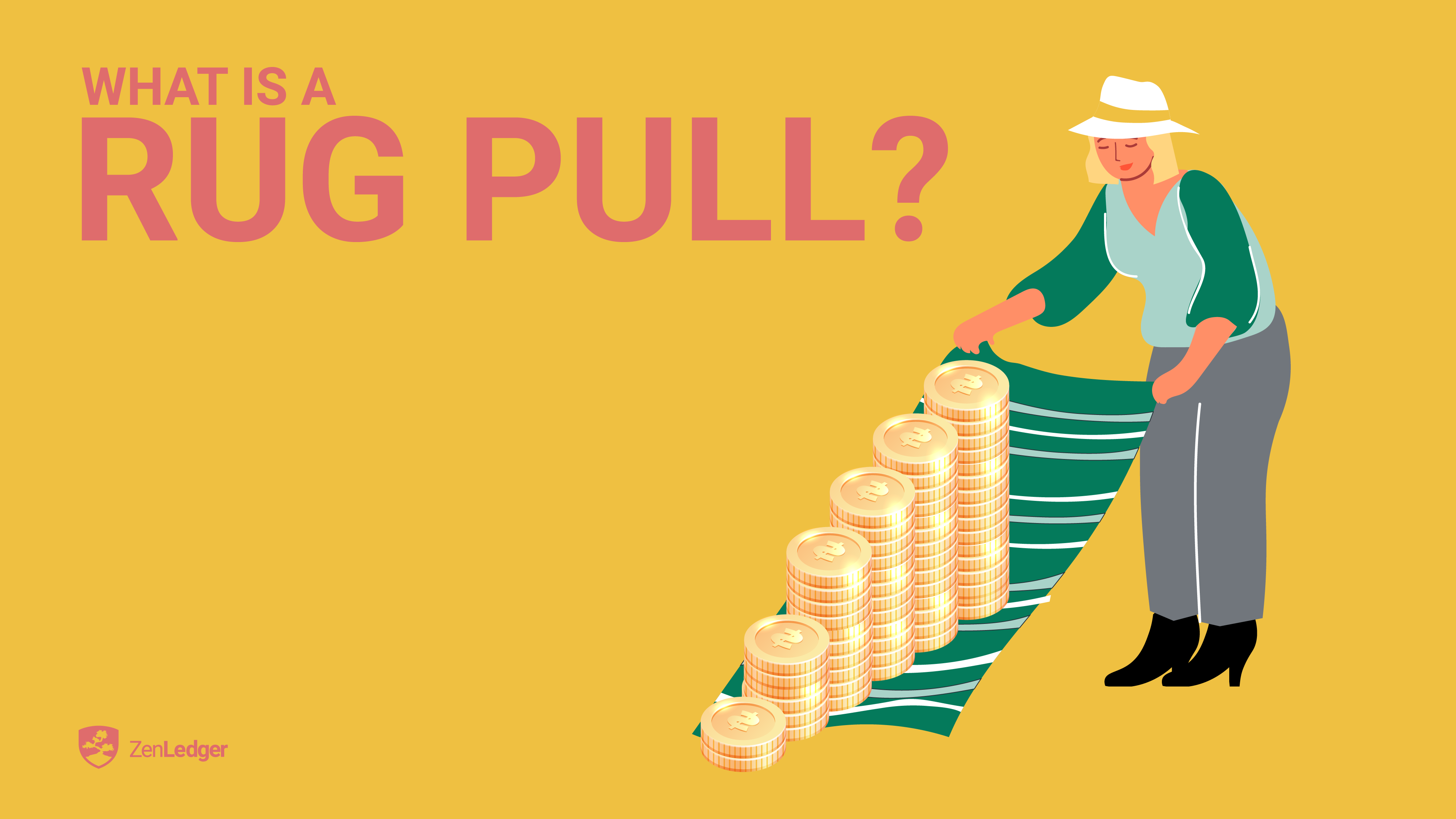 Useless Ethereum Token (UET) launched in 2017 as "the world's first 100% honest Ethereum ICO." After three days, the self-avowed "useless" token raised over $40,000, which the founder pledged to spend on electronics. Unfortunately, malicious token developers aren't so open about their intentions and often walk away with millions in ill-gotten gains.

According to Chainalysis, scams involving fraudulent tokens (known as rug pulls) accounted for about 37% of all crypto scam revenue last year, totaling nearly $3 billion. The good news is that there are some common-sense steps that you can take to protect yourself.

Let's look at what rug pulls are and how to avoid them.

Rug pulls accounted for more than a third of crypto scams last year, or about $3 billion in stolen funds.

What is a Rug Pull?

Rug pulls occur when fraudulent developers create a new crypto token, promote the token to increase its price, sell the bulk of their holdings, and then abandon the project. For example, the Squid Game Token (SQUID) experienced tremendous growth early on, but the smart contract's code prevented many non-founders from selling their tokens.

Hard rug pulls occur when developers insert malicious code into their smart contracts. For example, the Squid Game Token made it impossible for many people to sell their stake after purchasing it. Most hard rug pulls are illegal because there's an apparent malicious intent to steal funds from the onset – although prosecuting crypto crimes is a gray area that is hard to pursue.

On the other hand, soft rug pulls refer to developers that dump their crypto assets quickly. While heavy selling puts severe downward pressure on the token's price and may be unethical, it may not be illegal in the same sense as hard rug pulls. After all, it's much harder to demonstrate a token developer's malicious intent.

Most rug pulls are poorly built projects with malicious intent from the onset. In many cases, they're slightly modified replicas of other cryptocurrencies designed to appear legitimate on the surface. However, the actual "rug pull" typically comes in a few different forms – and it's critical to understand these to avoid becoming a victim.

The three most popular types of rug pulls include:

The best way to avoid rug pulls is to be wary of the warning signs. While the "it's too good to be true" test applies to every investment, there are several specific warning signs you can look out for to spot potential rug pulls and avoid becoming a victim. The key is taking the time to step back during a time of excitement to assess reality without FOMO.

Some of the most common warning signs include:

There are several tools and services that you can use to assess the risk of a rug pull. In conjunction with the warning signs above, you can significantly reduce the risk of becoming a victim. And in addition to these tools, you can use social media and monitor reputable crypto news websites to track the legitimacy of various projects.

The two most popular due diligence tools include:

Rug pulls accounted for over a third of crypto scams last year, or about $3 billion in stolen funds. Fortunately, there are several warning signs that you can use to identify potential scams, along with tools that you can use as part of your due diligence process. By keeping these tips in mind, you can avoid becoming the next victim.

If you trade Bitcoin or altcoins, ZenLedger can help you keep everything organized for tax season. Our platform automatically aggregates transactions across wallets and exchanges, computes capital gains or losses, and autocompletes the IRS forms you need.