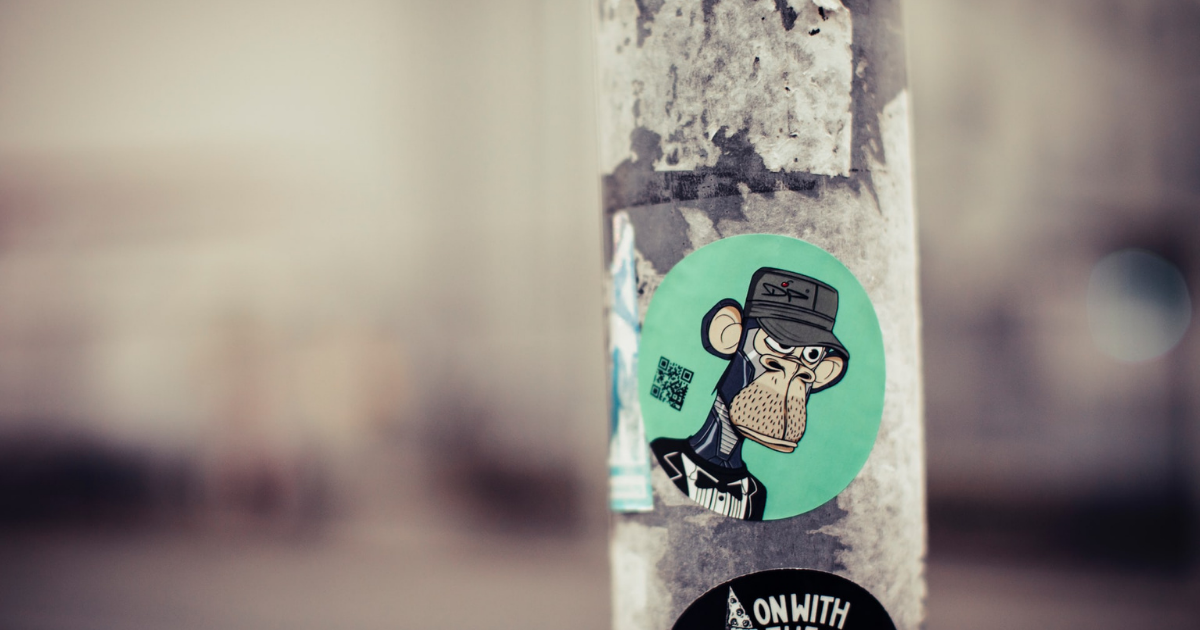 Bored Ape Yacht Club (BAYC) has become one of the most popular NFT collections in the world, with about $3 billion in all-time volume, according to Nonfungible.com. So, not surprisingly, the launch of ApeCoin earlier this year attracted a lot of investor interest, reaching a market capitalization of about $11 billion by April 2022.

Let's take a closer look at ApeCoins, how they work, and how they support the APE ecosystem.

ApeCoin is a governance and utility token for the APE ecosystem—and it has already reached an $11B market cap following its launch in March 2022.

The Bored Ape Yacht Club launched in April 2021 with a collection of 10,000 NFTs. After an initial pre-launch flop where only 650 NFTs were sold, prominent members of the NFT space noticed, and the collection sold out within 12 hours of its official launch. By September 2021, Sotheby's auctioned off more than 100 BAYC NFTs for $24.4 million.

Celebrities like Stephen Curry and DJ Steve Aoki generated initial buzz for the NFTs. Since then, Justin Bieber, Paris Hilton, Jimmy Fallon, Tom Brady, and other celebrities have bought into the sensation. These endorsements quickly made BAYC a household name among those not heavily involved in crypto.

In addition to a unique identity, BYAC members have access to exclusive online and in-person events. The group has meetups in New York, California, the United Kingdom, and Hong Kong, including actual yacht parties and exclusive concerts. Meanwhile, celebrities have been known to stop by to chat on the group's Discord channel.

Yuga Labs—the group behind BYAC—has since launched Mutant Ape Yacht Club and the Bored Ape Kennel Club collections. The kennels were given free to BYAC holders as a special privilege, but the Mutant Ape Yacht Club sold out within hours for nearly $100 million in proceeds. The group also holds airdrops and other special events from time to time.

ApeCoin (APE) is the APE ecosystem's official ERC-20 governance and utility token, launched in March 2022 with an airdrop—a common marketing tactic for crypto projects. While the coin was quickly listed on some of the largest crypto exchanges, the price fell from a high of around $39.40 to a low of $6.48 soon after its launch.

While airdrops are free, owners must still claim them as income. In this case, owners may be required to pay income based on the value at the time they received the coin (e.g., $20) rather than the current market value. As a result, some airdrop recipients may end up owing taxes that offset a significant portion of their ApeCoin value (or perhaps all of it if they sold at the low). The good news is that they can also claim any capital losses to offset gains.

ApeCoin officially creates the ApeCoin decentralized autonomous organization (DAO) to govern the token and its roadmap. The DAO will decide how to allocate the Ecosystem Fund and develop exciting new projects. Many of these projects will focus on the APE ecosystem, including the Bored Ape Yacht Club and Mutant Ape Yacht Club.

There are also many third parties planning to use the token:

As with any other ERC-20 tokens, anyone can buy and sell ApeCoin on cryptocurrency exchanges like Binance. Ultimately, the token's value will depend on the growth in the ecosystem over time since. The finite supply of tokens means that they could increase in value if there's greater demand for them to spend on goods or services.

A portion of the tokens also go to other parties:

Finally, the balance of tokens will go toward the DAO treasury and resources, vesting over the next 48 months. The DAO will decide how the proceeds from these sales are spent to support the ecosystem. These governance proposals are divided into Ecosystem Fund allocations and brand decisions (including collaborations).

Should You Invest in ApeCoin?

ApeCoin could become one of the most prominent governance and utility tokens in the Web3 space, given the notoriety of BYAC and MAYC. However, the token's value will ultimately depend on whether existing holders (e.g., BYAC members) hold or sell their ApeCoins and the broader ecosystem that develops around the tokens.

If you purchase ApeCoin, keep in mind that any transactions could generate tax liabilities. For instance, if you sell ETH to buy APE, you will owe capital gains tax on any increase in the value of ETH from the original cost basis. In addition, you'll owe capital gains tax on the difference between the cost basis and the sale price if you sell APE.

BYAC and MAYC members that accept free APE may also face tax consequences. Anyone who receives an airdrop must recognize income equal to the fair market value of the tokens when they're received. As a result, BYAC owners that received an APE airdrop may owe tax on that amount in the current year, based on the value of APE at the time you claim.

Finally, some experts are concerned that BYAC, MYAC, and APE could face regulatory scrutiny. For example, suppose the SEC concludes that the profits owners of the coin enjoy came from the effort and success of BYAC. In that case, the token could meet the standards for "securities" using the Howey Test, meaning it could be subject to greater scrutiny.

The Bored Ape Yacht Club has become the most popular NFT project in the world. With the launch of ApeCoin, the creators hope to build a lasting ecosystem by introducing the ApeCoin DAO and a utility token to reward existing holders and support future growth. Investors in the crypto space may also consider the token for NFT exposure in their portfolios.

Of course, ApeCoin could face regulatory risks in the future, so investors may want to consider owning the coin as part of a diversified portfolio. A portfolio that’s diversified with Bitcoin, Ethereum, and other cryptocurrencies enables investors to benefit from rising prices without any single security significantly hurting the entire portfolio’s return.

ZenLedger can help you prepare for tax season if you invest in cryptocurrencies. Our platform quickly aggregates your transactions across wallets and exchanges, computes your capital gain or loss, and auto-completes the tax forms you need at year-end.