Why Web3 Digital Identities Matter & How They Work 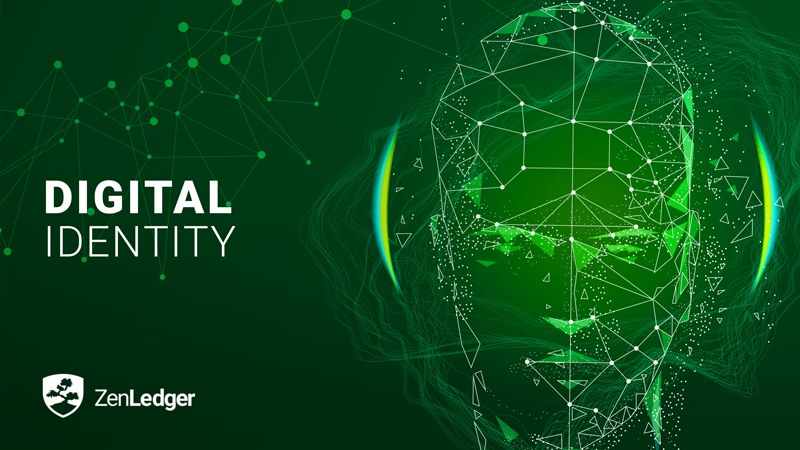 Most people are acutely aware of the shortcomings of today's Web 2.0-dominated internet. From devastating data breaches to social media addiction, consumers and regulators are seeking a better path forward. Blockchains could hold the key.

Web3 aims to reshape how the internet works and put control back in the hands of consumers. At the core, digital identities will govern Web3 interactions and set the stage for the future of everything from financial transactions to the metaverse.

In this article, we will look at Web3 digital identities, how they work under the hood, and the top platforms to build and manage Web3 identities.

Digital identities are at the heart of Web3 – here's how they work and how to get started with them.

Polkadot founder and Ethereum co-founder Gavin Wood coined the term Web3 in 2014, referring to a decentralized online ecosystem based on the blockchain. The term gained popularity as venture capital poured into the crypto industry, peaking with Andreessen Horowitz's visit to Washington D.C. in 2021 to lobby for it as a potential solution to web regulation.

More simply, Web3 refers to the next wave of innovation sweeping the internet. Unlike Web 2.0's social media giants controlling massive troves of data, Web3 embraces decentralization and aims to hand power back to consumers. Blockchain technologies are the building blocks enabling these capabilities and ultimately creating a new digital economy.

There are several critical concepts behind Web3:

While we'll be exploring digital identities in this article, all of these concepts intertwine to fulfill the promise of Web3.

What is a Digital Identity?

Web 2.0 relies on centralized data silos for authentication. For example, suppose you want to open a bank account. Most banks will outsource identity verification to a third-party vendor with access to private information like your Social Security number. Over time, you can quickly lose track of who has your data and where it's stored.

These company-controlled identification processes come with many problems. For example, the rise of data breaches underscores the risk of storing private information with third parties. And the prevalence of identity theft shows that these authentication strategies aren't safe from forgery. The only "winners" are companies and criminals.

Web3 digital identities take a user-centric approach to exchange data securely. For example, suppose a lender needs to verify income. A consumer's bank could issue and sign a token on the blockchain verifying they meet a certain income threshold. Then, the consumer could provide that token to the lender instead of divulging their income.

In addition to safeguarding data, Web3 digital identities enable consumers to access data across platforms. For instance, a user could use the same blockchain-based identity to authenticate with real-world services (e.g., banks) and virtual metaverse platforms. And they could take all of their digital assets into each environment.

The World Wide Web Consortium (W3C), an international web standards body, introduced recommendations for Decentralized Identifiers (DIDs) and Verifiable Credentials (VCs) in early 2022. These recommendations came despite objections from Google, Apple, and other Web 2.0 giants concerned about their entrenched positions as intermediaries.

A DID is a globally unique identifier consisting of a string of letters and numbers stored and managed in a digital wallet. Each DID can connect to multiple VCs that contain cryptographically-secured user data. These VCs may include documents, certifications, licenses, degrees, or other information stored in a digital wallet app (not the blockchain).

In addition to these building blocks, many Web3 authentication protocols are exploring zero-knowledge proofs (ZKPs) to prove identity or share data without revealing the data itself. For instance, you could send proof that you know your password rather than using it to sign in or prove that you're old enough to buy alcohol without revealing your birthday.

These concepts and protocols are likely to continue evolving before robust standards exist. In addition, they will eventually need the buy-in of browsers to become mainstream. And given Google Chrome's dominant market share, it could be challenging to convince existing Web 2.0 leaders to give up a valuable part of their business.

Several organizations are developing digital identity platforms based on emerging open standards. While many mainstream tech giants are still hesitant to launch decentralized identity capabilities for competitive reasons, they could quickly become the most popular providers if the market continues to evolve toward adopting digital identities.

Some popular platforms include:

Finally, Web3 domains enable anyone to establish their digital identity via an easy-to-remember address. For instance, the Ethereum Name Service and Unstoppable Domains allow you to tie your wallet address to a more readable "domain," like YourName.ETH. You can then use that identifier when sharing your address with others.

Web3 is quickly becoming a reality, with the W3C introducing new recommendations and companies developing tools and apps around digital identity and authentication. While the industry must still overcome objections from Web 2.0's tech giants, consumer demand will eventually lead to a Web3 revolution where consumers control their own data.

If you trade crypto assets, ZenLedger can help you aggregate transactions across exchanges, compute your capital gains, and populate the IRS forms you need each year. You can also identify opportunities to harvest tax losses and offset up to $3,000 of ordinary income.